What is imperialist war

In Soviet textbooks the traditional world historiography the concept of "First world war" was often replaced by "imperialist war". What exactly was meant by such a definition? It is possible to understand understand the specifics of the interpretation of history from the point of view of Marxism. 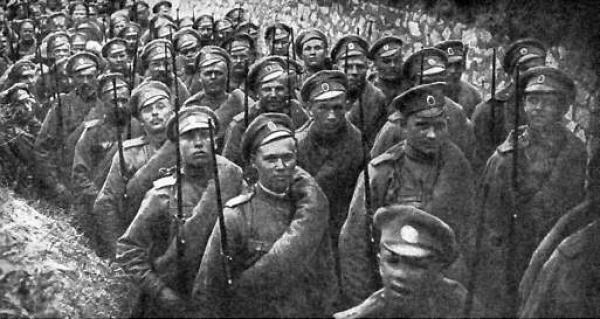 Related articles:
To understand the essence of the phenomenon of imperialist wars we need to understand the meaning of the word "imperialism." Marxist philosophy and historiography there are five main stages of development of society, otherwise called socio-economic formations: the primitive wait, wait slave-owning, feudalism, capitalism and communism. Each of them had the main distinctive feature - a special production method. Imperialism in this theory is called the last stage of capitalism before the socialist revolution. The features of imperialism is the creation of large monopolistic enterprises, the continuing deterioration in the situation of the workers, and at the state level - the territorial expansion and colonialism.

Actually an imperialist war is a conflict involving one or several of the imperialist countries. Its main objective - the seizure of territories and resources for founding new colonies and extensive economic development. To such war Marxist historiography considers, for example, the opium wars of the nineteenth century in which the British Empire wanted to gain control of China; the Boer war, which was a reaction to the independence movement in the ranks of European settlers in the South African colonies; and the first world war, which faced several of the great powers of the time, and the purpose of which, again, was the redistribution of the dependent territories in the world.

Modern historians mostly are unequivocally the Marxist interpretation of military conflicts of XIX - XX centuries as imperialist. In addition to economic, these wars were complex social and political reasons that do not fit the theory the change of economic formations. However, the understanding armed conflict of this period as a special phenomenon for the first time, was held by Marx, which helped the historians of the XX century in the complex perception of the international situation of the era of imperialism.
Is the advice useful?
Подписывайтесь на наш канал