Which phone is better - Apple or Samsung

There is no consensus on what brand of phone is better – Apple or Samsung. Each of the models of phones from these firms has its advantages. Choosing device is one of the companies, you should make your decision in accordance with personal preferences regarding the functionality of the device. 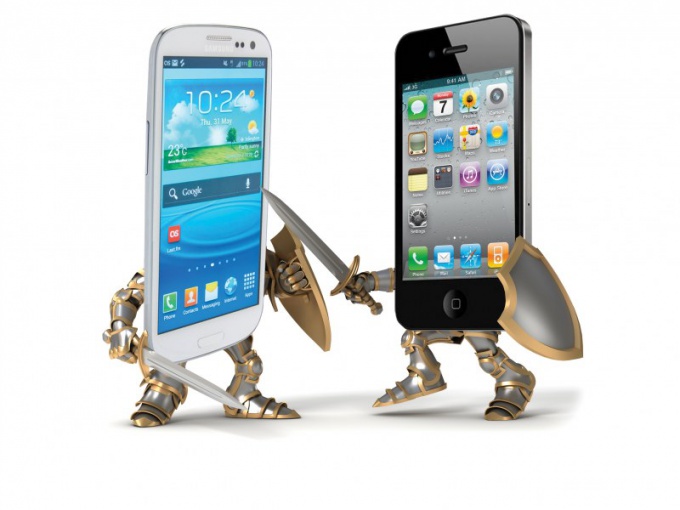 The fundamental difference devices of Samsung and Apple is the platform, which determines most of the differences in each of the models. On the iPhone set iOS. Devices Samsung mostly uses Android.

IOS is a closed platform, which has become popular due to its stability. For iPhone there are many high-quality applications, a list of which is determined by Apple.

The company phones have an intuitive interface that is easy to understand even a child.

The number of functions in Android more than iOS. For the platform there is an even greater number of applications, which, however, do not undergo a careful selection, and therefore in the store Play Market, you can find quite a large number of unnecessary debris. However, the number used in the system technologies and open file system Android perfect for people who appreciate a functional and ready for him to sacrifice the ease of using the device.

The flagship model of the Samsung outperform its competitors from Apple's performance. Various tests show that the most powerful models from Samsung is much more efficient and able to cope with a large number of tasks than machines from Apple. However, many have noted that visually, the iPhone works more smoothly and stable, but this fact can be attributed to the merits of iOS as an operating system.

The Samsung phones have much more battery, although the device is offline not so much exceeds the performance of the latest iPhone. This is due to the presence of the flagships of Samsung (e.g. Galaxy S5 or Note III) 4-core processor frequency of 2.5 GHz. The iPhone 5S, this figure is much lower and limited to 2 cores at 1.3 GHz.

Samsung surpasses iPhone in terms of such indicators as the amount of RAM, screen quality, resolution, etc.

Phones from Apple are much more comfortable in the hand due to the used materials. Due to its smaller size iPhone allows you to use the phone with just one hand, for most of the last Samsung models is rather difficult due to the increased screen diagonal. To Samsung to create buildings use materials based on plastic, which is substantially less convenient than the glass in combination with metal alloy.

The best choice of phone should be based on your preferences. If you prefer simplicity and convenience, it would be better to buy a device produced by Apple. If you want to get high performance and advanced functionality, it will be right to make the choice to build from Samsung.
Is the advice useful?
Подписывайтесь на наш канал