How property is divided after living in a civil marriage

Civil marriage is not recognized by the state with rare exceptions. Therefore, the division of property acquired during the actual marriage relationship, it has its own peculiarities and nuances 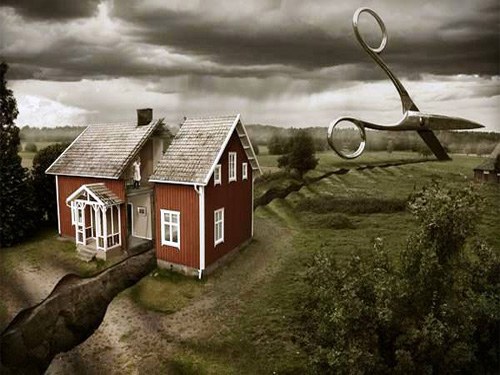 Rights of spouses when dividing property

The law States that the right of spouses to bought in a marriage recognized as equal. No matter whose name the property was purchased, and it does not matter if one spouse was not working for a good cause or engaged in housework and raising children. In any case both husband and wife have the same rights belongings.

The exception is the contractual property regime. This means that the husband and wife before marriage or while in marriage relations constitute a marriage contract. It defines the order of division of property upon separation, and tenure during life together.

Equality applies only to registered marriages. Division of property acquired without a stamp in the passport, the family is not stipulated by law. Meanwhile, the courts are more and more claims when so-called parents were trying to divide the jointly acquired property. Such relationships apply regulations of the Civil Code of the Russian Federation.

Husband and wife have only two options the division of property. If the property was bought by the spouses in equal shares and issued to each of them, and to share it will be according to the rules of partition of joint property owners. As a rule, it applies only to immovable property. An example would be the section of land, the owners of which are former roommates. Each of them can only claim that portion which is installed a document of title.

If nature is to divide property or allocate to it a proportion impossible to have to decide whether it was the sale and division of funds. For many this option is not always acceptable, as deprives the owner of his property.

If the item purchased in the name of one of "civil" spouses, the latter shall have no right to claim it. This rule applies to any movable and immovable property, as well as household appliances, furniture, etc.

Why you need time to register the marriage

According to the provisions of the family legislation of the Russian Federation, producing the division of common property of husband and wife, the court has the right not to take into account the principle of equality of shares, if this violated the rights of young children. The spouse with whom the children live, the court may allocate assets more than required by law.

The division of property after the so-called "civil marriage," the rights of children does not take into account at all. Alimony and inheritance under the law – that can claim a child born as a result of cohabitation. For this reason, it is not necessary to risk the future of children and it is necessary to register the relationship.

The exception to the rule

Only people who have lived in actual marriage relations that arose before 8.07.1944 year (the day the Decree of the Presidium of the Supreme Soviet of the USSR, abolishing civil marriage), the right to divide the property as real spouses. Until a specified date, a joint farming or the marriage in the Church was recognized as an official marriage. This provision is now used rarely and mainly in the hereditary cases, but not in the division of property.
Is the advice useful?
See also
Подписывайтесь на наш канал