What movies starred sisters Tatiana and Olga Arntgolts together

Olga and Tatiana Arntgolts, known in Russian cinema sisters, he gathered around himself a huge army of fans, despite his youth. The Directors are pleased to invite beautiful girls on a variety of roles and love to shoot them together. To date, the record of Olga and Tatiana, there are several movies where they appeared together. 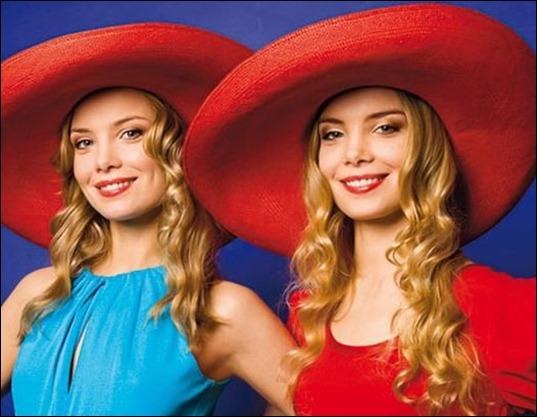 The birth of the talented twins took place in 1982. Future Actresses of Russian theatre and cinema were born in Kaliningrad a family of actors, the actress Valentina Galich and honored artist albert Arntgolts. The parents of the girls has dedicated his life to working in the Kaliningrad regional drama theatre, so Olga and Tanya is a childhood dream to follow in their footsteps and become a famous actress.

In fact, the girls practically grew up behind theatrical curtains, from an early age soaking up the science of acting.

Valentine and albert took daughters with him to work, where they waited the return of their parents in the costume shop. However, neither albert nor Valentine has never tried to influence the choice of girls in terms of profession but they chose acting as their elder brother Artem. Despite an equal age, the older sister in the family is Tatyana, who has a bold and daring character, often helping her as in childhood and in adult life. She often led the less-active husband, and defended the nurse in different situations.

Movies with Olga and Tatiana

Sisters Arntgolts played the roles of two completely opposite sisters in a popular film by Andrei Konchalovsky's "gloss". The film tells about the everyday life of the elite model Agency and not less than a luxury glossy magazine. Also Olga and Tatiana together in the film Olga Muzaleva called "Cuties", where she played the role of the nurse, who was looking for love, and fell into a cycle of adventures and were forced to fight the male meanness.

Tatyana Arntgolts Directors shoot more often than her sister, which appears on the screens somewhat less.

The girls worked together in a popular youth serial "Simple truth" where viewers noted their great external similarity, but completely different characters. In addition, on account of Tatiana & Olga Arntgolts – actress in the film "Why do you need an alibi?", where sisters played two women, one a rich man, who was killed in his own apartment.

Today career the sisters are developing quite successfully, while she's more in demand due to its looseness, adventurous, sense of humor and inner freedom. She is well succeed in diverse roles, but is most advantageous Tatiana looks that in movies with her sister Olga, after all, who can better complement each other, except for twin sisters?
Is the advice useful?
Подписывайтесь на наш канал