"Call me, call me..." — the words of the once popular songs performed Jeanne Christmas is unlikely to appeal to those who suddenly became the object of increased attention of the Bank wishing to return the cash or a mortgage loan. Moreover, through regular telephone reminders. Because the debtor is not the one whose phone began to "pick off" employees collaborating with the Bank collection Agency and refuse to pay a relative. 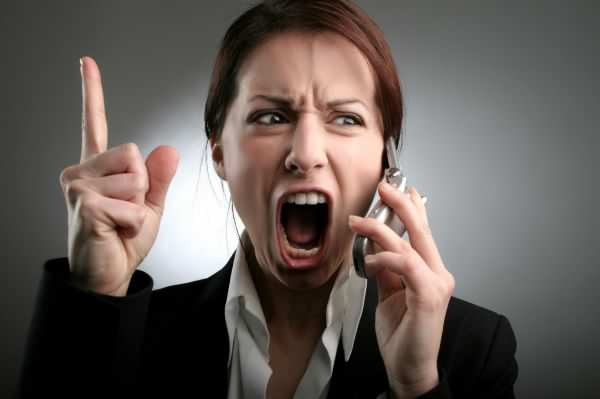 Signing the agreement, the employees of the credit Department in advance, including on the phone, trying to learn everything that will help them to find client even if the he of force majeure. This includes your passport details, home address, place of work, mobile and home phones and addresses and phone numbers of guarantors, and even relatives. Customers wishing to obtain credit at any cost, willing to go to meet.


In short, the Bank virtually delegated the right to seek, if necessary, the debtor regularly calling his family members and provoking them to family scandals to force to pay. Than a financial institution willing to and enjoys, with time passing all need to search for defaulter information to a collection Agency.

In any standard contract says about the right of the Bank to share information about the debtor with third parties. Usually these are a collection Agency specializing in debt collection. This paragraph gives the Agency the right to methodically call not only relatives unscrupulous creditor, but also colleagues.


Persistent calls to relatives who are not guarantors, the law also does not contradict. But legal force they have, therefore, fear them unnecessarily. This is nothing more than an attempt to find the debtor with the help of loved ones. And if the latter wish to help the Bank to restore justice, you can do it; no such desire — it is permissible to ask you not to bother and to turn off the phone.


Moreover, do not violate the calls to the relative of the debtor specified in the contract surety. Taking responsibility for any actions taken credit, the surety must understand its serious risks. After all, his brother or son may be ruined or lose their jobs. And along with the ability to pay for a loan or mortgage. So hearing a voice on the phone representative of the Bank or of the Agency, the surety makes no sense it would be naive to claim that he "knew nothing".


The latter is valid if the personal data was suddenly in a contract without a handwritten signature. But it is extremely unlikely, as the presence during the conclusion of the contract is considered to be mandatory and strictly enforced.


It is quite common to transfer debt by inheritance. If, for example, the death of a Bank customer. But calling the heir, the creditors have to consider that he has the right not to know about the debts of a deceased relative. You must take into account the fact that the official dialogue on the issue of inheritance, even a telephone, can only be conducted six months after the death of the person, who was the second party to the Bank agreement. But, in fact, similar issues are usually solved not by calls, but only in court.

Error and even MMP (disclosure of banking secrecy) may be too explicit telephone the story of a Bank employee on conclusion of the contract. Moreover, the amount of debt. The most he has a right to do is politely ask them to give the debtor a request to call back to the credit Department. Another thing is that the reality is somewhat different. But collectors of such ethical norms are not associated than willing to use it.


However, the most immoral and illegal is the requirement from a stranger to pay them debt on the basis only of the fact that the debtor is a member of his family. Especially, in ultimate or otherwise offensive manner. In the language of criminal law it is called extortion and is punishable even with imprisonment. Unless, of course, it will be able to prove in court.

Are you absolutely sure in violation of Bank's rules of "fair play"? Words that you don't know where a relative is now living, and you do not have his phone number, not perceived? You can try to stop this unpleasant chat. For example, don't answer the phone. Or, conversely, to visit office of Bank or Agency, where they regularly heard, and to try to explain that you are absolutely unable to help them in the search of a relative. You can even write a complaint to the Central Bank. Another option is to invite the Agency to send all necessary documents by mail or to go to court.


Effective is a more aggressive method to stop "telephone terrorism" of the Bank or that happens more often address to the police. They say that you are not just a regular call, and actually have a serious psychological impact, demanding the impossible. Yes, simply prevent to live in peace.
Is the advice useful?
See also
Подписывайтесь на наш канал