What is the difference between Russian and American Teens

Young people of all countries of the world have much in common. The similarity can be seen in the attitude towards life and learning. Regardless of nationality, every teenager in one way or another prone to nervous breakdowns, fatigue, tendency to complain about the teachers. However, the differences between adolescents of different countries still exists. For example, between Russian and American. 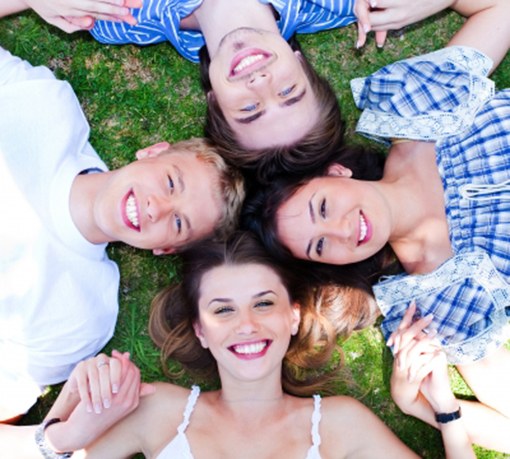 Russian and American Teens different attitude to education. Russian teenagers about school is easier than American. For them, school is a carefree time. While American youth to the process of education comes with the responsibility.

Most likely, this is due to the fact that most of American students pre-determined with his future profession and getting into the right COLLEGE. While the Russian teenagers for a long time may not realize the future calling. Besides the choice they often make parents.

American Teens love to learn. A huge amount of time they spend on educational projects, actively participating in school or student life. From an early age they learn to plan your time. In America, just a shame not to learn as tuition pay a lot of money or sponsors or parents. The children understand that the invested funds need to work out.

In the schools of America cannot be seen to be someone someone cheated. There this is strictly monitored. Even classmates, noting is written off, it can give. Schoolchildren of Russia not only blamed themselves, but also willing to write off others.

From early childhood, in teenagers the United States accepted to participate in charity events, to perform certain powers. They strive to ensure that their perceived personalities. Students of Russian are unlikely to attend such events. Although in Russia there are many ideological personalities.

The appearance of American teenagers do not give any value. Even those who are overweight, it is absolutely not complex. The clothes are very often simple and sloppy. Boys wear t-shirts and shorts. Girls - the same t-shirt and skirt.

Russian girls from high school will never come to school in zastiranny and unironed clothes. At Americans it is quite normal. In addition, their clothes are rarely matched among themselves. Not to say that they care about appearance and they do not want to be beautiful, just there own idea of beauty.

In many States among adolescents, there is no difference in terms of cost and quality of the clothes. Do not focus on the presence or absence of a vehicle. In this regard there is no differentiation by social status or the amount of money the family. More precisely, it is, just people don't flaunt it in front of each other.
Is the advice useful?
Присоединяйтесь к нам
New advices