What is a "bard song"

Art song as a genre emerged in the middle of the last century in several countries simultaneously. Usually such songs are performed on guitar, text prevails over the music, and the performer is often the author of both lyrics and melodies. 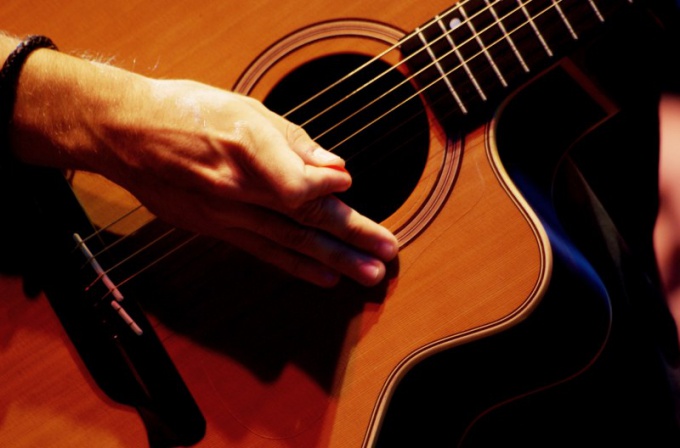 Features of an author's song

Performers of art song are often compared with the representatives of the people's culture: lyric poets in Ancient Greece, the psaltery players in Russia, kobzars in Ukraine. It is believed that the term "art song" was introduced by V. Vysotsky. Art song on the one hand is separated from the professional variety, and with another – from urban folklore. Art song has always sought to be free, independent, and uncensored. Okudzhava describes it: "This is my cry, my joy, my pain from contact with reality". Every line of each song permeates the author's personal principle. In addition, personal are and the way of presenting, and the nature of lyrical character and often scenic image of the author. Largely art song confessional. The measure of openness is much higher than in any pop song.

Art song is addressed not to everyone, but only those who are configured on the same wavelength with the author, ready to listen and share his feelings. The author-performer as it comes out of the audience and tells guitar about what they all think. Any night in the clubs of Amateur song is a meeting of friends who understand each other and trust each other. According to B. Okudzhava, bard song is "the form of spiritual communication like-minded". Unlike pop in the author's song is no officialdom, the distance between performer and audience, formal publicity.

Among singer-songwriters "first call" (Okudzhava, Vizbor, Yakushev, Kim, Rusev, Kukin, Nikitin and others) was not a single professional musician. Some of them only with a high degree of conditionality could call myself a professional poet. Most are teachers, athletes, engineers, scientists, doctors, journalists, actors. They sang about what concerned them and their peers. Most often lyrical heroes songs became geologists, mountaineers, sailors, soldiers, circus performers, Amateur "kings" - the terse, but reliable people on whom you can rely.

History of art song in the Soviet Union and Russia

Historians believe that the precursor to bard songs were urban romance. Initially, most of the original songs were written by students or tourists. This music is strikingly different from that which was propagated from "above", i.e. through government channels. Any art song is a confession of its Creator, a story about one of the episodes of the life of rhymed or point of view on a particular issue. It is believed that the beginning of the genre put Nikolai Vlasov, who wrote famous "the Student's farewell". Many still remember these lines: "You go to reindeer, in the far Turkestan go I...".

In 1950-ies of the student's original songs have become extremely popular. Almost everyone has heard the song L. Rozanova, Shangin-Berezovsky, Dmitry Sukharev, who at that time studied at the biological faculty of Moscow state University, or the song of Yuri Vizbor, A. Yakushev, Y. Kim – students of Pedagogical Institute named after V. I. Lenin. They played in the campaigns around the campfire, during student field trips, as well as on the smoke-filled kitchens.

With the advent of tape recorders the authors wrote their works, and their friends exchanged reels and cassettes. In the years 1960-1980 fruitfully wrote in this genre, Vladimir Vysotsky, Yevgeny Klyachkin, Alexander Galich, Yuri Kukin, Alexander mirzayan, Vera Matveeva, Veronica Valley, Leonid Semakov Alexander Dolsky. Bards was for many years one of the main ways of expressing his point of view, the so-called "sixties".

The stages of development of art song

The first of the dominant and distinct stages in the development of an author's song is romantic. It dates from the 1950-mid 1960s. In this vein he wrote the famous Bulat Okudzhava. The road to such copyright songs was presented as a life line, a man, a stranger. One of the Central images was friendship. Power on the original song of this stage almost no attention, thinking it was a initiative in the framework of skits, student reviews, tourist meetings.

In the early 1960-ies started the satirical stage of an author's song. One of the brightest representatives is Alexander Galich. His are songs such as "Mining waltz", "Red triangle", "Ask the boys", each of which sharply criticized the existing order. Julius Kim turned first to ironic and then to a satirical interpretation of the reality surrounding him a little later (mid-1960s). He openly and bluntly in his songs draws attention to topical issues ("My mother Russia", "the conversation of the two informers, and others). There are a few songs Kim and Galich dedicate to Soviet dissidents. Vladimir Vysotsky continues to adhere to the protest songs. He includes in his text vernacular and harsh words. Art song from the circles of the intelligentsia goes to "the people."

In a separate phase, which is difficult to take in any time frame, decided to allocate military songs. They were not heroic pathos. In the author's song from the great Patriotic war had a human face, distorted with suffering ("goodbye, boys!" Okudzhava, "it So happened, the men went" Vladimir Vysotsky "Ballad of the eternal fire" by A. Galich).

Frankly satirical songs, as well, and songs on military theme, attracted the attention of the authorities. In 1981 Moscow was held the XXV meeting of the clubs of Amateur song, after which all lines were sent a letter, which ordered to refuse to provide venues Tkachev, Marzano, Kim. Them stopped writing for radio, to invite to the TV. Alexander Galich was forced to emigrate. While the magnetic tape with the songs overwritten, actively spread among friends and acquaintances. Members of the writers ' Union strongly supported the "singing poets", and the members of the composers ' Union actively criticized the Amateur melodies. However, the song of S. Nikitin, A. Dulova, V. berkovskii and some other authors were included in song collections focused on ordinary Soviet people.

The authors left a student's bench, have matured. They began to talk about nostalgia for past times, to talk about betrayal, regret the loss of friends, to criticize the ideals with anxiety think about the future. This stage of development of the art song is often described as lyrical and romantic.

In the 1990-ies the author's song has ceased to be a protest. The number of singing poets grew steadily. They are without any restrictions previously released albums, performed at concerts and festivals. On TV and radio there were programs dealing with the author's song.
Is the advice useful?
Присоединяйтесь к нам
New advices