How to find out what the moon is growing or waning?

It is known that the tides on Earth depend on the moon phases. The man is 80% water, so the influence of the moon on it obviously. The moon has an impact on various events in people's lives. Knowing whether the moon is increasing or decreasing, a person has the opportunity to effectively plan their lives. 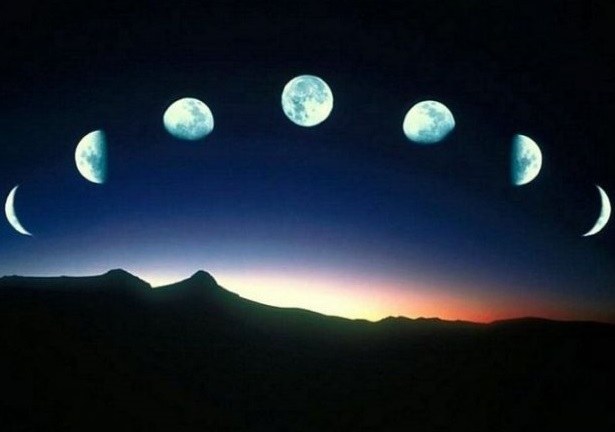 How to visually identify the growing and the waning moon?

The lunar cycle has four phases. In the first two phases of the moon is in the third and fourth decreases.

The first phase is the new moon. During this period, the moon in the sky is not visible. In the second phase, the moon appears like a sickle. Gradually it becomes perfectly round – so ended the second phase. In phase three, the moon is gradually losing its round shape. In the fourth phase the moon has the form of a sickle, as in the beginning of the second, only it's curved in the other direction.

To determine the moon is increasing or decreasing, notice which way the curved sickle. If the sickle-shaped similar to the letter "C", it is waxing or an aging moon. If the hammer is in the form of the same letter that is deployed in the opposite direction, and mentally pririsoval her wand, you can get the letter "P" in front of you rising moon.

How else to know – the moon is increasing or decreasing?

Information about moon phases can be found in the normal tear-off calendar. More info about lunar days contain a special astrological handbooks or guides farmers and gardeners, which are published annually.

The moon affects the psyche of the person, his mood and emotions. Listening to yourself and observing the phenomena of nature, over time, you can learn to identify the growing and the waning moon.

Waxing moon in General has a positive effect on people. The body feels energized. The person becomes more emotional, more active, stronger. During this period he is capable of much. No fatigue, feel the presence of energy necessary to accomplish new ideas.

If the person often feels overexcitement, agitation, noticeable mood swings – this means that there was a full moon. This phase particularly affects women. They may develop insomnia, nervous disorders. The full moon in frequent quarrels.

In the phase of the waning moon person feels the decline of energy. Activity and enthusiasm decrease, increasingly want to relax. It seems that everything falls from hands. While the moon is waning may want to retire, to be alone.

If you notice that plants are better and more conventional absorb water, well developed leaves, flowers, fruits, that most likely is the period of the waxing moon.

Watch the animals and birds. If they become more active than usual, so there was a full moon and soon the moon begins to wane.
Is the advice useful?
See also
Подписывайтесь на наш канал