What is the book "the Master and Margarita"

The novel of Mikhail Bulgakov "Master and Margarita" is one of the best books written in the twentieth century in the Russian language. Unfortunately, the novel was published many years after his death, and many riddles, encrypted by the author in the book, has remained unsolved. 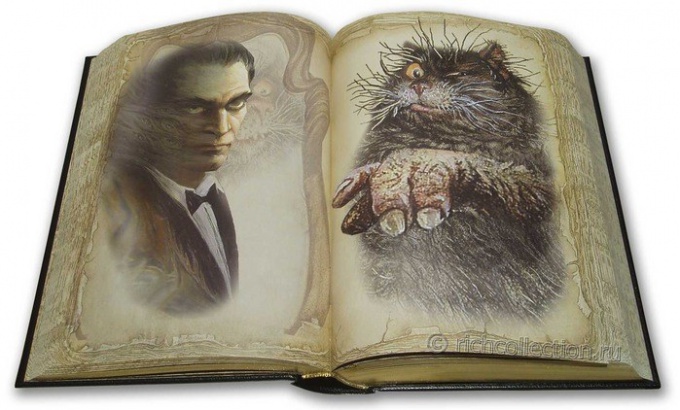 The devil at Patriarch's

Work on the novel, dedicated to the appearance of the Devil in Moscow 1930-ies, Bulgakov began in 1929 and continued until his death in 1940, never finished editing the copyright. The book also appeared in print only in 1966, thanks to the fact that the widow of Bulgakov Elena Sergeevna Bulgakov retained the manuscript. The plot of the novel, or rather, all of its hidden meanings are still the subject of research and debate of literary critics.

"The master and Margarita" is on the list of the hundred best books of the twentieth century by the French periodical Le Monde.

The text begins with two Soviet writers, talking at Patriarch's ponds, a foreigner, who turns out to be Satan. It turns out that the Devil (in the novel it is represented by the name Woland) travels around the world, occasionally stopping in different cities along with his entourage. Once in Moscow, Woland and his henchmen punish people for their petty sins and passions. Images of the bribe-takers and thieves written by Bulgakov masterfully, and sympathy for the victims of Satan did not cause. For example, the fate of the two first interlocutors Voland folds extremely unpleasant: one of them is killed under a tram, and the second falls into a madhouse, where he meets a man calling himself the Master.

The master tells Woland sacrifice of its history, in particular, indicating that at the time he wrote a novel about Pontius Pilate, because of which ended up in a psychiatric hospital. In addition, it recalls the romantic story of his love for the woman named Margaret. At the same time one of the members of the retinue of Woland addresses Margarita with a request to become Queen of the ball of Satan, which is held annually Woland in the various capitals. Margarita agrees, in exchange for her return of the Master. The novel ends with a scene of departure of all the main actors from Moscow, and the Master and Margarita peace, which he dreamed.

From Moscow to Jerusalem

Along with "Moscow" plot developing "arshalinsky", that is, in fact, a novel about Pontius Pilate. From Moscow 30-ies of the reader is transferred to Jerusalem, since the beginning of BC, where there are tragic events described in the New Testament and re-interpreted by Bulgakov. The author tries to understand the motives of the Procurator of Judea, Pontius Pilate, sent to the execution of the philosopher Yeshua Ha-Notsri, the prototype of which is Jesus Christ. In the final part of the book story lines intersect, and each character gets what they deserve.

There are many adaptations of Bulgakov's novel, both in Russia and abroad. In addition, the text has inspired many musicians, artists and playwrights.

"The master and Margarita" is a novel at the crossroads of genres. Of course, is satirizing the manners and way of life of the inhabitants of modern Bulgakov Moscow, but in addition the text contains a variety of mystical symbols, moral throwing, reveals the theme of retribution for sins and transgressions.
Is the advice useful?
See also
Подписывайтесь на наш канал