How many seasons and episodes in the TV series "Desperate Housewives"

3 October 2004 premiere of the American television series "Desperate Housewives". 13 may 2012 was shown to the final. The series immediately fell in love with a large number of spectators. This is a story about the lives of four Housewives who live with their families on the same street. 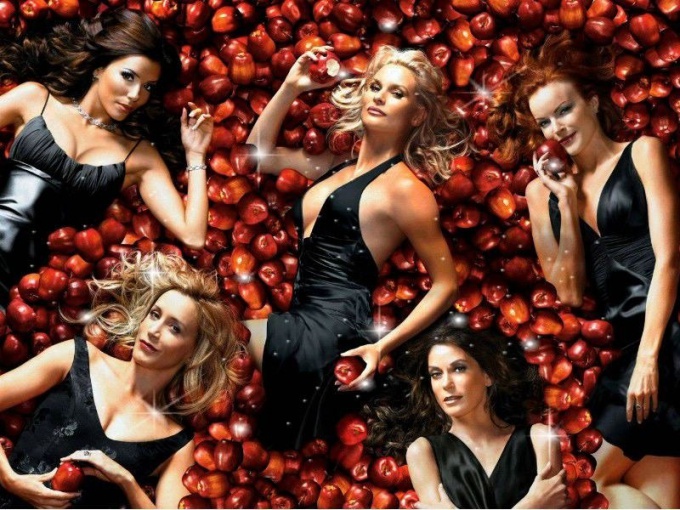 How many seasons and episodes in the series

In the series all 179 episodes. Season 9 is not planned.

Summaries of each season

Season 1. Four friends-Housewives live in a quiet suburb, and in any way trying to find happiness. Lynette Scavo is raising 4 children, so she had to abandon a successful career. Susan Mayer is going through a divorce from her husband and falls in love with Mike Delfino, who is clearly hiding something. Bree van de Kamp tries to keep the family together, but her husband demands a divorce. Gabrielle Solis, a former model, is unfaithful to her husband-a businessman with the gardener. The description of events begins with the suicide of Mary Alice, a mutual friend of the Housewives.


Season 2. Bree makes her personal life after her husband's death and cannot cope with their children. Susan meets Dr. Ron. Lynette returns to work, where she has a hard time. The problem is the new residents of Wisteria lane – Betty and Matthew. Some really very strange noise coming from their basement.


Season 3. Orson Hodge deliberately knocks on Mike's car. Now beloved Susan is in a coma. Orson makes an offer to bree. Gaby kicks Carlos out of the house. He cheated on her with a housekeeper who bears a child the Solis.


Season 4. On the street Wisteria lane, why it returns Katherine Meyfeir, her husband Adam and daughter Dylan. Once Katherine left town without explanation friends. Daughter Susan's childhood friends with Dylan and now she's sure it's not the girl. Bree hides the pregnancy, Daniel and pretends to be pregnant, having a daughter in the convent. Gabi is married to the mayor, but is having an affair with Carlos. Suddenly a hurricane begins, in which someone loses loved ones.


Season 5. Susan and Mike are divorced, but together they have a son. Gabi was a good housewife and mother of two daughters. Carlos went blind after the storm and now work as a massage therapist. Bree has released a cookbook and opened a center for banquets. Lynette and Tom learn that their teenage son has an affair with an older woman.

After the events of season 4 takes place 5 years, so all the actors playing the children of the main characters, replaced with more adults.

Season 6. Lynette again for a child, but trying to hide it from Carlos, who works. Susan marries Mike. Gabi is trying to lose weight, to regain a perfect shape. The unknown makes the attack on Julie. After a while the killing took place. Orson is in a wheelchair and is planning suicide.


Season 7. After 10 years in prison on Wisteria lane comes back Paul young. Felicia Tillman for the murder of which stayed sex caught. For falsifying his death, she must serve two years.


Lynette and Tom are moving away from each other. Bree finds out about Orson's affair with a physical therapist and falls in love with a sexy kit to make repairs in her house. Susan needs the money and agrees to take the apartment in front of webcam in skimpy clothes. At this time Paul young already came up with an evil way to take revenge on all the inhabitants of the street.


Season 8. Tale of four desperate women come to an end. Someone is waiting for a happy ending, and someone not very.
Is the advice useful?
Присоединяйтесь к нам
New advices