Who pays credit debt if the person died

Human death is a great misfortune for the whole family. But not everyone knows that loan obligations do not cease to exist. It is not always clear what to do, the heirs with a debt to the Bank. 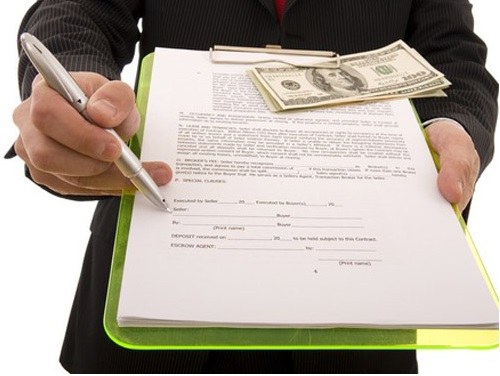 Related articles:
The time of entry into the right of inheritance, but in addition to material benefits there are debt obligations that can be delivered to the heir.

According to article 1175 of the civil code, all obligations which includes Bank loans, after the borrower's death pass to his heirs, within the estate. For example, if the heir gets the estate, and the obligation to the Bank in the amount of 1.5 million rubles, the debt will be closed, or reduced the amount from the sale of inherited property. If the amount of the sale will exceed the debt, the heir receives the remainder. If there are multiple heirs obligations are distributed in proportion to the received inheritance.

After the borrower died, his contract with the Bank continues to operate. The Bank continues to accrue interest on the loan, and after missing a payment will consist of interest and penalties. The burden to pay all Bank charges borne by the heirs. The legitimacy of the actions of the Bank due to article 1113 and 1114 of the civil code which says that the opening day of inheritance is day of death of the testator.

If the heirs do not have enough funds to repay the loan, and the inheritance has not yet entered into force (the law comes after 6 months), you can contact the Bank with the application for deferment of payments.

In this case, banks often meet, or offer an alternative solution to this issue. If the heirs are not aware of the existence of the credit agreement and obligations and after the time the summons comes for the payment of interest and penalty for delayed payments, the heir can go to court. Jurisprudence refers to article 333 of the civil code, if the delay in payment was not the fault of the heirs, it significantly reduces the size of the penalty.

You can abandon the debt of the deceased testator, it is enough to get a notarized renunciation of inheritance. It should be noted that "mind" is almost impossible.

If the heirs do not exist or they issued a refusal, the debt is transferred to the guarantors. However, they can claim the property of the deceased to pay the debt. If the heirs have not made a failure, and the debt repaid, the surety, the latter is entitled to demand reimbursement of costs.

At registration of the credit agreement banks often via an insurance company to insure the life and health of the client and that the outstanding balance could be taken from the insurance payments. In some banks, it is imperative.
Is the advice useful?
See also
Подписывайтесь на наш канал