What are the different types of painting

Painting is one of the most popular types of art. Painting has evolved over many centuries, and over time it was allocated several types: easel, monumental, decorative and miniature painting. 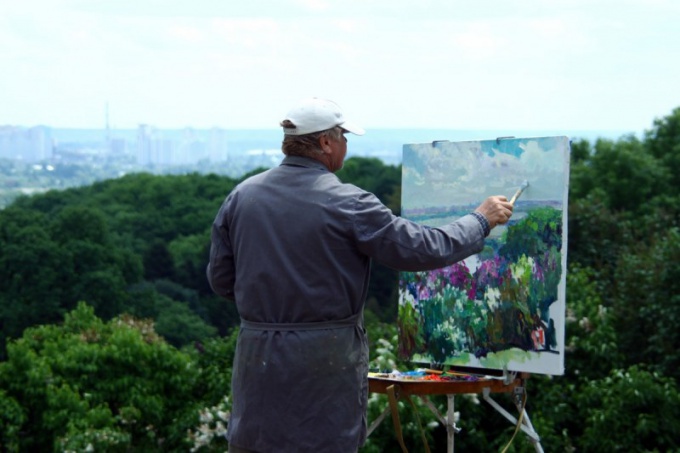 Easel painting - the most popular form

Most paintings that you see - are the subjects of easel painting. This term means that the paintings were made on a special machine - an easel. They can be installed in a frame to hang on the wall or present as a gift. In other words, easel painting is a picture painted on a flat backdrop: paper, canvas, Board. In this kind of painting is dominated by oil paintings, but can also be paintings that use other materials - gouache and watercolor, pastel, ink, charcoal, acrylic paint, colored pencils, etc.

One of the application types of easel painting is theatrical-decorative painting - the costumes of the characters and scenes.


Monumental painting - the painting of buildings

Monumental painting cannot exist separately from the place where it is performed. This kind of painting was very popular from the 16th to 19th centuries, when they built majestic temples, and the best artists have painted their arches. The most common type of monumental paintings is the fresco painted with water paints on wet plaster.

Also was extended painting on dry plaster secco, but such works worse preserved to our times. The most famous example of monumental painting large - scale painting of the Sistine chapel, which was attended by Michelangelo. Estimated critics, the frescoes of the chapel can be likened to the Eighth wonder of the world.

The most ancient works of monumental painting is a rock painting of the first men.

Decorative painting is closely moving closer to arts and crafts. She plays a rather subsidiary role in the decoration of various items. Decorative painting is a variety of patterns and ornaments decorating household items, furniture, architecture. The authors of this kind of painting can be unknown - simple painting peasant houses and furniture also belong to this species.

Initially, miniature painting was an art of decoration of books. Old books were made with great care and were very expensive. Their decoration was hired by the special masters, which are beautifully decorated capital letters, skins, and screensavers. Such publications were a real work of art. There were several schools who adhere to strict canons of miniature painting.

Later miniatures were called any of the paintings small scale. They were used as Souvenirs and memorable gifts. Despite its small size, this kind of painting required great precision and skill. The most popular materials for souvenir miniatures were wood, bone, stone, and metal plates.
Is the advice useful?
Присоединяйтесь к нам
New advices