What can nose drops for newborns

Spring and autumn — the peak of colds. There are several options for treatment of the common cold, however not all are suitable for newborns. To diagnose and determine treatment needs specialist, however, to know what drugs exist, would be quite superfluous. 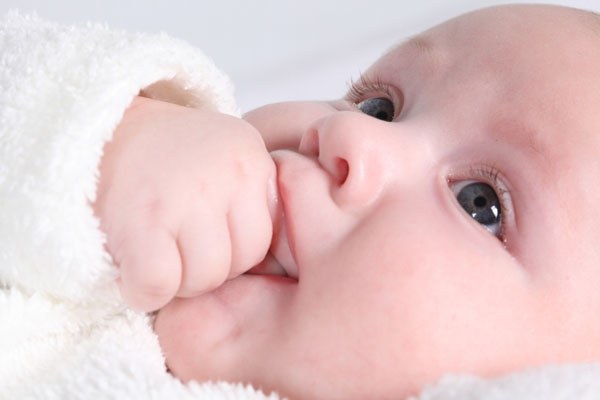 Related articles:
Being alone with a sick child, it is not necessary to panic and seek the assistance of "experienced" friends with a request to advise what drops drip into the nose of a newborn. Examination of the child physician will determine the type of rhinitis and to determine the method of treatment. For example, if the cause of a stuffy nose — allergies, get rid of the common cold will be impossible until then, until you identify the allergen. If the disease is not caused by a banal cold, you can take the drops with antibacterial action.

"Harmless" drops in the nose

The number of "harmless" of drugs from a cold in the pharmacy is amazing. However, in spite of the instant effect, which give many of the drugs, dependence on them grows as fast.

The most innocuous drug for the treatment of rhinitis and sinusitis can be called "Akvamaris". It consists of only sterilized sea water. Dyes and preservatives in the medication available. Newborn "Akvamaris" should be instilled 2 drops up to five times a day in each nostril. Sea water helps to moisten the nasal cavity and get rid of the formed crusts.

In the composition of vasoconstrictive drops "Nazivin" - a drug that is often used mother's for the treatment of rhinitis in children - almost the entire periodic table. The number of side effects similar to number of issues that arise from the use of "Otrivin". In fact, and in another case, nasal breathing is restored almost immediately, but after a few hours of discharge from the nose appear again. According to doctors, "Otrivine" to cure common cold in infants can be a maximum of 10 days, after which may cause addiction to the drug.

Dependence on drugs, as a rule, develops on the third day after the start of treatment. The influence of especially susceptible infants.

Special attention among the drugs aimed at the treatment of the common cold in newborns, is "Salin". The drug is effective and at the same time absolutely harmless. In fact, it is normal saline, which you can cook for yourself at home. In the case of newborns "saline", as well as other medications manufactured in the form of sprays, is to use a pipette, burying 1-2 drops of the solution 1-2 times a day.

To prepare saline at home just. For this you need to take a liter of boiled water 1 teaspoon of salt.

Another drug used in the treatment of the common cold in babies - "Protargol". Drops have anti-inflammatory, antiseptic and astringent. The views of doctors and parents regarding the effectiveness and safety of drugs is divided. The silver ions contained in the droplets, able to be deposited in the human body and cause a specific disease — argyria. However, despite this, "Protargol" continue to use in the treatment of rhinitis. Medicine newborn is instilled in each nasal passage 2-3 drops, 2-3 times a day for a maximum of two weeks.

The task of parents is to facilitate the newborn's condition

In addition to these there are dozens of sprays and drops from a cold, but most of them can be used for treatment of children older than 3 years. Before to stop the choice on any of the medicines, whose operation is one — to eliminate a runny nose with one or another active substance, you should consult with your pediatrician. It the doctor will put the correct diagnosis and help to select a drug that will be effective for a particular child. Before the arrival of the specialist task of parents is to alleviate the condition of the baby. This is sometimes enough to reduce the temperature of the air and increase humidity. In a family where there are infants, the optimum temperature in the room is 22 degrees. The nose of the child can be rinsed with saline without fear of harm.
Is the advice useful?
Подписывайтесь на наш канал