To build load-bearing walls of dwelling houses, various walls, and outbuildings used block of cellular concrete. It is usually divided into two types, based on the methods of making such material. So, it is divided into aerated concrete and foam concrete. Now we need to understand is, what's the difference between these two types of concrete. 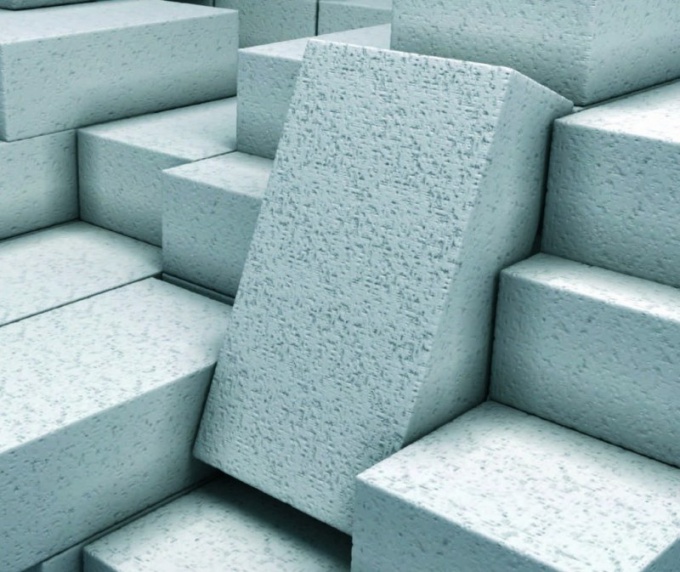 What is the aerated concrete and foam concrete?

Aerated concrete is cellular concrete, which is made by introducing into the solution of agents. Also, this mixture consists of water and siliceous component. Then in the mix is a series of chemical reactions, especially between the aluminium and the hydroxide of calcium, causing the process gas flows successful. Release of the hydrogen, spociva solution, hardens and remains porous.

Foam called cellular concrete, light type, which is formed from a mixture of components such as sand, cement, water and foam. But the air bubbles that were in the thickness of the concrete, after solidification uniformly distributed over the entire area.

The difference and the similarity of aerated concrete and foam concrete

First you need to understand existing data. Aerated concrete is obtained by chemical reaction in special autoclaves with the addition of aluminum powder. The foam, in turn, is formed by mixing blowing agent with a special composition.

The foam hardens just under natural conditions, but the concrete definitely needs a high temperature and appropriate humidity level.

But if you look at the strength of quality, here the foam block is inferior to concrete. Therefore, the first not recommended to be used for erection of supporting structures. Considering the concrete, it can be noted that in its composition all the bubbles are practically the same size. Due to this load acts uniformly across the thickness of the blocks. This feature makes this type of cellular concrete the most durable among their own kind, even despite the fact that he had less weight and density.

With regard to the internal structure of the foam blocks in them under the action of the blowing agent, the permeability of the micropores is much lower because of this, the internal moisture is slowly absorbed. In turn, the water because of leakage in the internal cavity strongly freezes, which ultimately can lead to the formation of cracks in the material.

The foam blocks are placed on a cement-sandy solution, but the gas blocks on special glue, so when installing the second can easily be eliminate the cold bridge.

When decorating the walls stucco or plaster adheres better to the aerocrete than the foam blocks. The composition of the foam block also includes a lot of cement, which further contributes to its shrinkage.