What was sitting in jail singer Alexander Novikov

Famous Russian chansonnier Alexander Novikov - one of the most notable musicians of this genre. During the years of his artistic career, the artist has composed over three hundred songs, released 20 Studio albums, and 10 albums recordings from concert performances and 8 films. 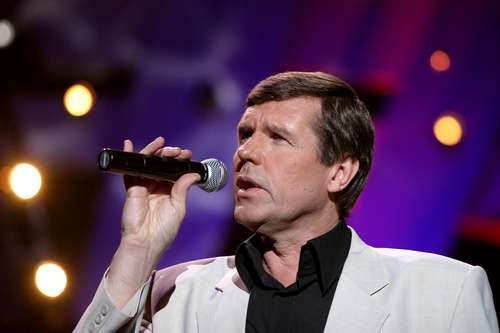 The creative biography of Alexander Novikov

Alexander Novikov was born on 31 October 1953 in the Sakhalin region the family of a military pilot and a housewife. At the age of sixteen, the future singer went to Yekaterinburg, which at that time was called Sverdlovsk. In this city the artist lives on to this day, occupying the post of artistic Director of the Ekaterinburg variety theatre. Not so long ago Alexander Novikov has released an autobiographical book, "notes of the criminal bard".

The artist repeatedly became the winner of various awards, for example, in 1995, he was awarded the national prize "ovation" in the nomination "Urban romance". Repeatedly, Alexander Novikov was awarded the award "the Chanson of year".

In 1980, Novikov created a musical group "Rock the range", which was the soloist, playing the guitar and also wrote songs. The band, according to critics, it was pretty eclectic for the time - some songs could be called rock-n-roll, and others - even reggae and punk rock. A year after the creation of "Rock range" Alexander Novikov organizes the recording Studio, giving it its name - "Novik records". In the Studio he recorded the album is not only the founder, but also of the Urals musical groups as "Chaif" and "Agatha Christie".

Criminal prosecution of the artist

However, not all was smooth in the creative career of the artist. In the mid 80-ies of the last century, Alexander Novikov was sentenced Sverdlovsk court under article 93-1 of the criminal code of the RSFSR. According to the verdict of the court artist had 10 years to spend in prison. Arrested artist back in the fall of 1984. Shortly before he released the album "Take me, driver". Although the recording of this album was attended by musicians from the "Rock ground", in particular Alex Khomenko Vladimir Emelyanenko, it was apparent abruptly stepped from the performance of rock music.

Musician that became popular after the release of his first album, was accused of selling counterfeit.

A criminal investigation was due to the fact that Alexander Novikov, in addition to the creative activities, engaged in the manufacture and sale of electronic musical instruments. A criminal case was opened under article 93-1 of the criminal code of the RSFSR, that is, "the repeated theft of state or public property in especially large size". It should be noted that the same article in 1989, he was accused and producer of the extremely popular pop group "Tender may" Andrei Razin, who was charged with embezzlement of state property in especially large sizes. The producer caught that he was selling counterfeit tickets for live performances of the group. The total damage from the actions of Razin, according to several domestic media, has exceeded 8 million rubles.

The verdict in the case of Alexander Novikov was made 1985, but 5 years later according to the Decree of the Supreme Soviet of the artist was released. Some time later, the Supreme Court issued a decision to cancel a sentence in connection with absence of structure of a crime.
Is the advice useful?
Подписывайтесь на наш канал