How to boil water without boiler

Boil water it is possible not only through the boiler. In addition to heating water on an electric stove, a gas stove, boiling it in the kettle, there are other methods of obtaining boiling water. 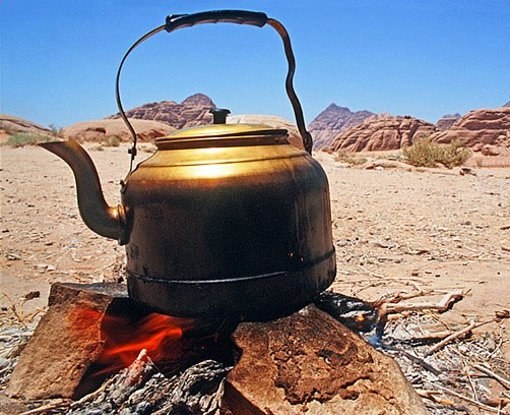 Related articles:
Instruction
1
Hot water can be obtain from the cooler – modern installations for the supply of cold drinking and hot water for brewing coffee or tea. Such dispensers are often used in offices, working institutions, but now in domestic use they can be found very often.
2
Boil the water, not having at hand the boiler and the outlet is on fire. To obtain boiling water for the tourists in the nature of a fire. Set around the fire a kind of grill out of bricks or stones. On top of the fixture put a kettle, which heats up quickly. One in the kettle over the fire to hang. For this side of the fire are two pin-holder. They are connected by a third pin, which is hung over the handle of the kettle. Kettle is directly above the fire. Thus, the water in it boils.
3
In Soviet times, without boiler, resorted to the self-made device, which today is in demand. To make this homemade kettle, take a couple of razor blades. They can be replaced by two pieces of sheet metal without rust. The size of the pieces should be similar to razor blades – 2 cm in width and 3 cm in length.
4
You will also need a two conductor insulated wire connected to a plug on the end. Plug blades or pieces of sheet metal to the ends of the wires. Using electrical tape, attach between them a few matches or wooden sticks, to isolate the blades from each other. The device is ready.
5
When connecting this device to the mains current will pass between the plates will generate heat, which will soon boil some water. This is a rather dangerous device, so by applying it, you need to adhere to certain rules.
6
Homemade kettle boil water in a glass, jar or pottery to avoid cracking the dish with boiling water. While the water will heat up, never give up on it as a possible electric shock. As soon as the water boils, turn off the device from the mains. The water that you boil so should be drinking, not salted. And to add salt when boiling water in this kettle, as most of it will spill out.
Note
When using any homemade device for boiling water, which will be connected to the mains, be very careful.
Is the advice useful?
See also
Присоединяйтесь к нам
New advices