Psychosomatics: a look at the causes of diseases

Called psychosomatic direction in medicine, according to which the causes of physical diseases are considered psychological factors. Simply put, the cause of stomach ulcers may be a neurosis. And hypertensive crises are very often caused by neurogenic factors. 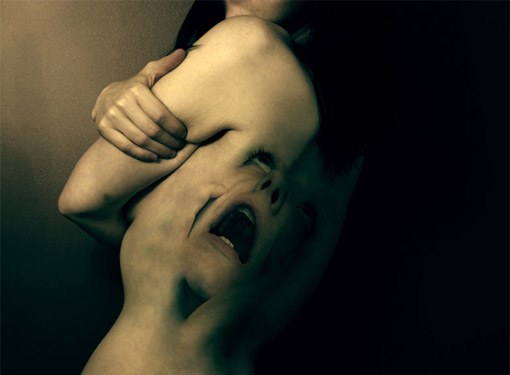 Related articles:
The term "psychosomatics" can be used in a different sense, in addition to a special look at the causes of disease. Psychosomatic in this case are called imaginary diseases. They can "appear" in medical students studying various diseases. In the learning process, students find themselves symptoms of a disease – muscle tremors, pain in the solar plexus, compression in the region of the heart, pounding in my ears, severe headaches, signs of a lesion of endocrine glands, imaginary hypertensive crises. When the impact on the psyche can begin hand tremors, stomach pain, false sensation of solidification of the skin.

The historical roots of psychosomatic medicine

The term "psychosomatics" has arisen not so long ago, but this theory is quite old. The position of the unity of body and soul was first formulated by Hippocrates in the doctrine of temperaments. In his opinion, the disease is a form of human response to the conditions of his life. It comes from the Hippocratic belief that we need to treat the person, not the disease.

The doctrine of temperaments divides people into four types – choleric, phlegmatic, sanguine and melancholic. Hippocrates believed that the predominance of one of the fluids – yellow bile, lymph or phlegm, blood, black bile – creates temperament.

Another founder of psychosomatic medicine was Sigmund Freud. He argued that psychological conflict, repressed into the unconscious, breaks out in the form of disease and creates seizures, paralysis, paresis, etc. Neurosis Freud treated by the method of free Association. The patient lay on the couch and talked with the therapist, spontaneously answering questions, or words of the doctor. Thus revealed itself the psychological conflict that was the cause of neurosis.

Neurosis is a disease, a disorder of the nervous system as a result of exposure factors, traumatizing the psyche. There are three types of neuroses: neurasthenia, obsessions, hysteria. Along with neurosis often come different phobias.

One of the representatives of alternative medicine, by Louise hay, and in their publications gives a table of values of psychosomatic diseases. Allergies in this table are presented as a denial of their own strength and a sign that someone you can't stand. The lump in her throat evidence "swallowed" anger, inability to stand up for themselves, a creative crisis. Muscle spasms strip resistance new, reluctance to go forward in life. Stomach ailments mean prolonged uncertainty, feeling of doom.


Runny nose, discharge from the nasopharynx are treated as pent-up weeping, internal attitude of ourselves as victims. Fungus – the reluctance to break with the past, outdated beliefs. Pain and neck cracking means a lack of flexibility, stubbornness, unwillingness to look at the problem from the other side. Teeth represent decisions. Problems with wisdom teeth mean that you do not pay the proper attention to lay a solid Foundation for future life. Anger, resentment, desire for revenge threatens pain from a spasm in the reduction of the jaws. Compulsion to bite your nails indicates the blame, the hatred of one of the parents.


If a person suffers from hypertension, so, not solved many old emotional issues. If something compresses the chest, impedes the breath, triggers asthma attacks, asthma, hence, there is a feeling of depression, fear of life, fear to breathe life deeply.


The treatment of such diseases Louise hay sees the recitation of positive affirmations – statements that reflect a new perspective on life. For example, severe liver disease, hepatitis, arising, according to the teachings of Louise, fear, anger and hatred, go uttering such statements: "My conscience is clear and fluent. I forget the past and go forward anew. All goes well".
Is the advice useful?
See also
Присоединяйтесь к нам
New advices