What are imperative sentences

The examples are motivating suggestions you need not go far. Each of us speaks dozens of incentive offers of the day: "Time to get up!", "Rather eat your Breakfast!", "Lessons to do first!", "Bob, Domovoi!" Will offer the tone of exclamation or question, in both cases, you predispose another person to execute your will. To make it grammatically correct, let us consider what is motivating suggestions. 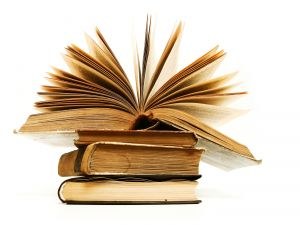 Related articles:
So, if you are contacted with an incentive offer ("Bob, go home quickly!"), you'll never confuse its tone and narrative ("Bob house") or interrogative ("And Bob home?"). But attention! If the proposal is formulated so: "is not it time your house, Vasya?" or "Vaska, you coming?" this example relates to the category "interrogative-imperative sentence". Such sentences contain two types of tones at once.If you motive sentence is the predicate, then it is likely to stand in the imperative mood: "Go away, Peter!" (Well, how many can persuade poor Bob!) There are also predicates in the form of the subjunctive: "And you would not go out." And even in the form of the indicative mood: "Go away!" The latter doesn't sound very polite, but the questions of etiquette in this article are not considered. If the verb use the infinitive: for example, strict "No Smoking!" - such sentences are called "negative incentive".Loyal aides incentive offers - special particles. Scientifically they are also called modal-willed. All of them perfectly familiar to us: "Let!", "Pull!", "Give!", "Let's!", "Come on!". And I just love particle "to". But sometimes enough only one noun in the nominative case, that the offer was an incentive. If you hear: "Fire! Fire!" - instantly know what I wanted to encourage you talking. "Run! Save yourselves! Call "01"!So let the problems with the definition of incentive proposals will now be unknown to you! And let these suggestions sound to you in the form of orders and prohibitions, but only in a polite and delicate requests. For example: "Not to have our tea?". Or, "Honey, will you marry me? Your Bob..."
Is the advice useful?
Подписывайтесь на наш канал