Lately, as blasphemous as it may sound, the crash become a common topic in the news. Most often such tragedies happen in Russia. To link it only to the fact that information about the crash has ceased to be secret, as in the USSR, it is impossible. Objective assessment of experts shows that the number of crashes of aircraft only for 8 months of 2011 increased compared to 2010 by 2.2 times. 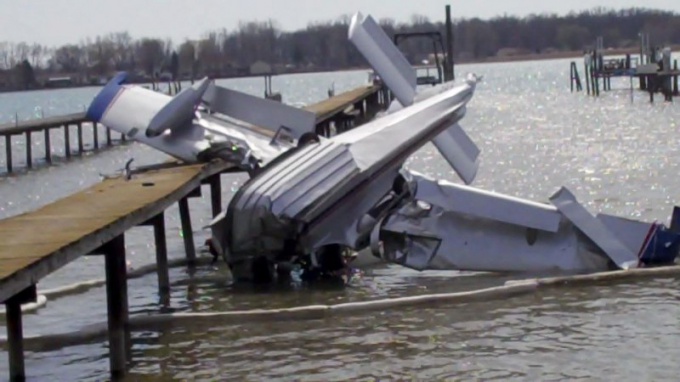 Related articles:
Instruction
1
The main reason that leads to tragedies in the sky, is the human factor. The analysis shows that pilots and controllers make mistakes, and to rely entirely on the automated systems that support operations. Such trust to automatic devices leads to the fact that additional testing and refinement is just not carried out. As a result of technical failures a tragedy happens that could be prevented with precise performance activities to control their work.
2
The factors associated with human involvement, is poor training and poor discipline of the aircrew. Unfortunately, even experienced pilots sometimes lose self-control, and a medical examination before the flight is not always done properly. There are times when the crew is allowed to fly the aircraft without the necessary practice. A few hours on the simulators do not replace training in the sky - this is often overlooked by the leaders of the airlines trying to save money on pilot training.
3
The causes due to human factors, can be attributed to inadequate or incorrect guidance and regulatory materials of authorities, which are responsible for the safety of air transport. This problem is the fact that the flight crew does not perform the requirements prescribed in these documents. The pilots breaking flight instruction and regulations, where any change in emergency situation can be fatal. Airline companies are also more concerned about the savings on maintenance and operation of aircraft than flight safety.
4
It is no secret that carriers join the fleet of its aircraft, purchasing in the West of the machine, has long operated on local airlines. No reliable technique itself is simply not withstand such a life. Wear the fleet is also the cause of failures and malfunctions of mechanisms. Added to this is poor maintenance. A few years ago there was a scandal when it was revealed that the replacement and repair of the aircraft were delivered non-certified parts made who knows where, but incomparably cheap.
Is the advice useful?
See also
Подписывайтесь на наш канал