How to connect CD-ROM to the computer

CD-ROM is an optical disc placed on it the information which cannot be overwritten. It stands as the abbreviation of CD-ROM - Compact Disc Read-Only Memory. Hooking it up is to place the disc in the CDROM device was installed in your computer. However, very often the name of the CD-ROM represent the device itself reading. Connect it to the computer is somewhat more complex process. 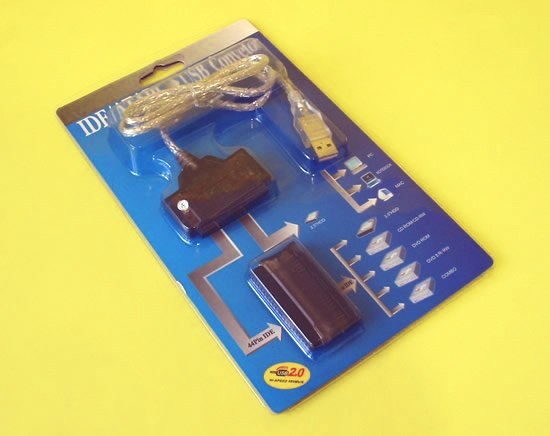 Related articles:
Instruction
1
Buy a special Converter IDE/ATAPI USB if you from time to time there is a need to quickly connect a CD-ROM drive to a desktop or laptop. Structurally, it is designed as a conventional connecting cord, one end of which has a USB connector, and the other very wide special connector. This connector you need to insert into the slots on the back side of the CD-ROM drive. It is constructed so that it covers two slots - and one that serves to connect the power bus, and the one that provides data transfer through the IDE/ATAPI interface.
2
Connect the other plug of the device into the USB port of the computer and the system recognizes the CD-ROM drive. On the wide connector the led lights up, and you will be able to work with an external optical drive.
3
If you want a permanent connection CD-ROM drive installed in the system unit, start the procedure to turn off the computer and disconnect it from the network. Position the body so as to have free access to both side surfaces.
4
Remove the left and right panel by unscrewing the two screws, connecting them with the rear surface of the housing. In the standard system unit tower type for device installation in housings designed five inch bays of the upper - arm one of them to install. You need to remove the plastic plug on the front panel opposite the compartment.
5
Install CD-ROM into the prepared compartment, adjust its position relative to the front panel of the system unit and reinstall the four screws - two on the left and right sides of the chassis of the system unit.
6
Insert one of the free connectors of the power cable into the appropriate slot on the rear surface of the optical disc drive. Then use the IDE cable, connect the CD-ROM connector on the motherboard.
7
Close the system unit, replace the disconnected wire on the rear panel and turn on the computer. After loading the system it should recognize the new device and install a driver for it from their own base. If this happens, then install it manually using the software that came with the CD-ROM drive or by downloading it from the manufacturer's website online.
Is the advice useful?
See also
Подписывайтесь на наш канал