How to dismiss an employee on fixed-term contracts

Employers take on the position of employees on fixed-term contract. The employee may be taken during the absence of a permanent specialist, for example, are on leave to care for a child. And after a certain time prescribed in the futures contract of employment, the employer is entitled to dismiss a fixed-term employment contract of the citizen. 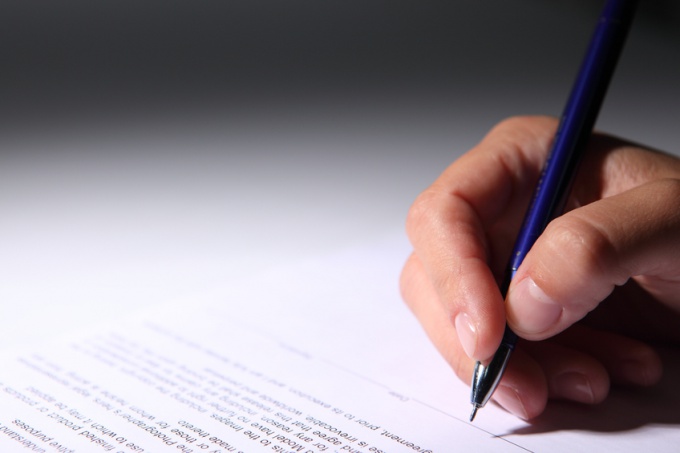 Related articles:
You will need
Instruction
1
Employees of the personnel Department shall notify the employeefurnished on fixed-term employment contract, its term expires. At the same time they need to write such alerts and to familiarize the citizen not later than three days prior to the expiration of this agreement.
2
The employee is prompted to write a statement asking to dismiss him at own will in the name of the first person of the company. The employee signs it, and puts the date of writing. An application is made to the Director for resolution, in which he specifies the date on which the specialist is considered to be discharged. It coincides with the end date fixed-term employment contract.
3
The Director of the organization on the basis of statements of employee issues an order of dismissal, which is given a date and number. The document was signed first face of the company, sealed by the enterprise and bringing it dismissed the employee for signature.
4
In the workbook of a citizen of the HR managers put the number and leaving date in Arabic numerals. Details displays a link to the article 77 of the Labour code, according to which Express agreement has been terminated by the employee due to the fact that its validity has expired. In the grounds prescribed number and date of issuance of the order of dismissal of the head of the firm. With title and signature under the record in the workbook need to write not an employee of the personnel Department, and Director of the company is to put the seal of the company. Employee should be familiar with the record of the dismissal, the citizen puts his signature in the designated place.
5
If the citizen is issued according to a fixed-term employment contract, was not notified of the expiration of such contract caused by the employer, he is working on indefinite employment contract. The employee the company has the right to dismiss, as it was not complied with labour legislation.
Is the advice useful?
See also
Присоединяйтесь к нам
New advices