How to make a complaint on a judge

Alas, people often have to deal with unfair, in their opinion, the decisions of judges, bias and other unpleasant circumstances in the course of the trial. And since in today's society, the judge is almost a king and a God to find it Council very difficult, but possible. 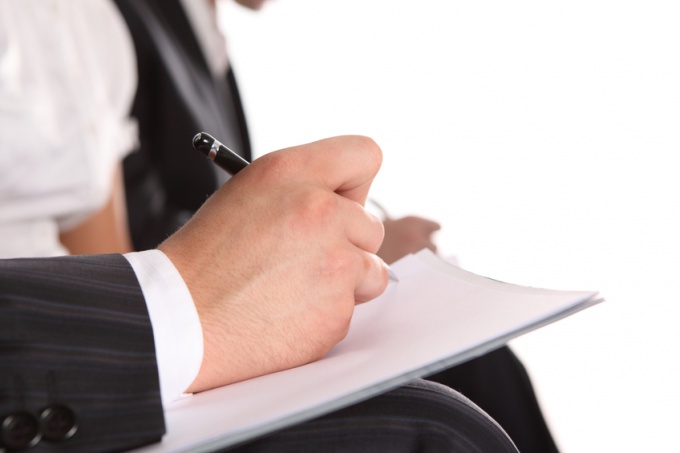 Related articles:
You will need
Instruction
1
As a rule, people do not rush to complain about the judge, not wanting to provoke more irritation, but at times inappropriate behavior of a judge forcing people to take up the pen and write a complaint. The only question is – where and to whom?
2
The right to write a complaint against a lawyer using the lawyer or on your own, but it is advisable to use the services of professionals to the complaint had a good appearance and contained points of law that were violated by the judge during the trial.
3
For starters, you can write a complaint to the President of the court where indicate judicial misconduct. If this does not help, please contact the qualification Board of judges. This organization considers complaints against judges and can decide on their removal from office.
4
The complaint in qualifying Board addressed to the Chairman of the Board of judges in the regional court. It lists the violations committed by the judge, and you must apply in respect of judges, disciplinary measures and to review the decision of the court. It is desirable to send this complaint by registered letter with notification.
5
In addition, complain to the judge in the administration of the President or the High Council of justice. But, as a rule, such complaints are forwarded to the body authorized to deal with complaints against judges, that is, the qualification Board of judges.
6
The judge's decision can be appealed, also in cassation or the appeal, but again, these complaints will be to challenge the decision taken by the judge, not the behavior itself. Cassation and the appeal is submitted to the higher courts in the allotted time. It is important to have time to meet the deadline of appeal against the decision of the court.
7
In addition, you have the right to demand removal of the judge, if in a previous examination of the case he was on him by the Prosecutor, clerk, witness or expert, and if he is a relative of any of the persons involved in, interested in the outcome of the case or there are doubts in its objectivity. In this case, you can Express the mistrust to the judge and to write the request to remove him from the case.
Note
The appeal the judge considered the specific on — the qualifying Board of judges (KKS). KKS is a body of the judicial community, the only competent to decide on complaints against the judge. Any other attempt to complain to the judge in the normal manner for appealing against actions or omissions of officials or even of judicial acts (decisions, definitions, decisions) to anything will not lead.
Useful advice
We believe that to influence the judge, forgotten about their status, and need by filing the appropriate complaints. Do not be afraid to "spoil relations". You have no relationship with the judge. Thus if you do not call the judge to order, at least force to be reckoned with. After writing the complaint on a judge, as a rule, the screaming stopped, irregularities in the judicial procedure is also minimized.
Is the advice useful?
See also
Подписывайтесь на наш канал