How to remove a bearing drum of the washing machine 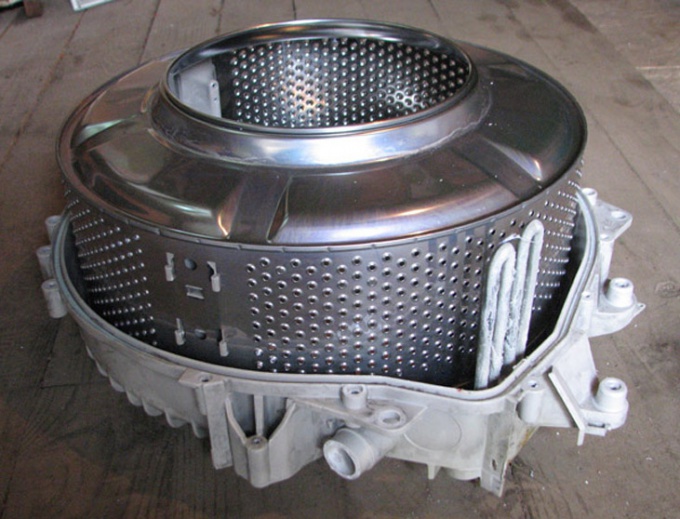 Related articles:
You will need
Instruction
1
Washing unplug the unit and disconnect it from the water and sewer systems. Make sure that the washing machine left the water from the previous wash (if water is still there, perform emergency drainage, dangling her through coming from the machine hose).
2
Using a screwdriver, remove the upper and rear cover of washing unit - it will free access to the drum bearings.
3
Remove the pulley with the belt reel and lock the pulley (this can be done by using a piece of wood).
4
Unscrew the screw that secures the drum pulley and remove the pulley.
5
Carefully remove the counterweight and spacer bar, which will allow then to remove the retaining ring and cap washing tank.
6
Will release the heater from the wire bolted to it. Then Unscrew the mounting of the bearing Assembly, remove the ground strap and loosen the screw that tightens the clamp.
7
Neat, clear tank washer and the bearing Assembly. Then remove the seal, fastening ring and the lid of the tank washing unit. All these manipulations produce very carefully – so as not to compromise the integrity of the wires going to the temperature sensor.
8
Remove the oil seal and then using a hammer knock bearing. Replace the old bearing with a new one.
Note
Be careful removing the pulley! This item is very fragile, so it can very quickly break.
Useful advice
Replacement of bearings of the drum washing machine is a labor – intensive activity that requires a lot of effort, time and special skills. Therefore, if you decide to do repair work yourself, tune in to what the job will take a few days: the machine must first be disassembled to change the item, and after collecting the washing unit.
Is the advice useful?
See also
Подписывайтесь на наш канал