How to plant roses for the rose hips

One of the most common ways to reproduce roses is budding. Is vaccine eye (kidney shaped) cultural roses on the hips. The choice of rose hips in the form of a stock accelerates the growth of the shoots of roses and increases the General hardiness of the plant. This operation is not as complicated as it seems, but the result will only be visible next year, when Bud touched in growth. 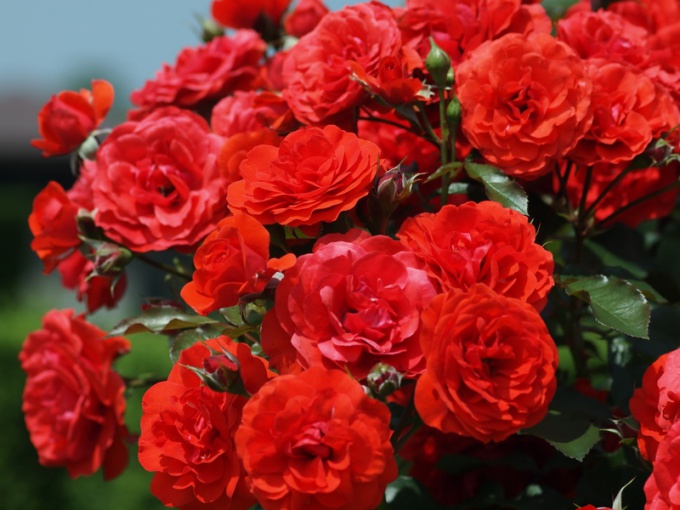 Related articles:
You will need
Instruction
1
Do the budding in late summer (July-August). Choose healthy annual seedling hips. The most undemanding and frost-resistant rootstock believe the dog rose (Rosa canina). A week before the vaccination is good pour over the plant.
2
Select strong shoots of the cultural form of a rose for the Scion. The bark of these shoots can be easily separated from the wood, and the buds are well formed. Cut off the stem and remove all the leaves, leaving only the stalks. If cuttings are to be kept until grafting, put them in a plastic bag in the refrigerator.
3
Prepare the tools for grafting. The knife blade should be clean and sharp. Cut Lenka strapping. The length of the strips should be about 30 cm and width not more than 1.5 cm All instruments are put on a tray or clean paper next to the grafting of a plant.
4
Atrebate the earth from the root of the wild rose. Vaccination should be done at root collar (thick Central root) or for a one-year escape as close as possible to the root. Wipe root wipe or a clean cloth. Special knife, make a T-shaped incision.
5
The prepared cuttings for grafting separate the flap - make a shallow cut, separating the kidney, with the petiole. The kidney needs to be in the middle. If, along with the kidney cut a strip of wood, then it can not be removed.
6
On the hips, expand the edges of the incision made with the tip of a knife okulirovka. Gently holding the stem, insert into the cut prepared by the kidney. Firmly press the kidney to wood and tight tie place of grafting tape, leaving only the eye.
7
Grafted rose okucia moist earth. Check the survival rate of vaccinations in a couple weeks. If the kidney is green, then the operation was successful.
8
The following spring (end of April) resolute rosehips, remove the harness and the site of inoculation zamazhte garden pitch. Cut shoots of rosehip to 1.5 cm above the grafted buds.
Note
Keep the knife and slices. Earth, trapped in the spliced part of the Scion and rootstock can result in rotting of tissues.
Is the advice useful?
See also
Подписывайтесь на наш канал