How to brew coffee in Turku

One of the oldest ways to prepare coffee is its being cooked in a special vessel called a Turk. To cook coffee in the Turk is not difficult, however, this method has a number of features. 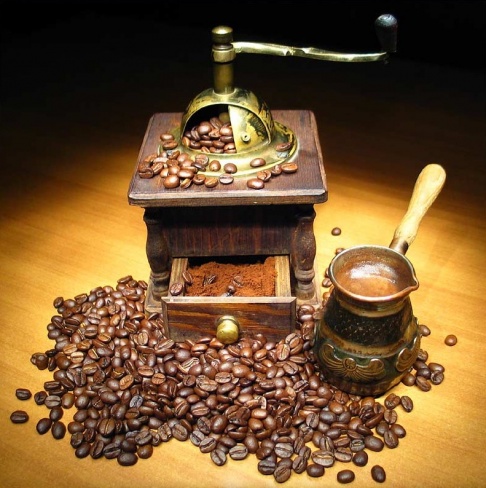 Related articles:
Instruction
1
Pour in Turku needed to prepare a quantity of cold water and put on the stove, turning on the slow fire. Then pour into it the ground coffee at the rate of two teaspoons per 100 milliliters of water. Coffee must pour so that it remains on the surface of the water, in any case without mixing with it. In the process of heating the ground coffee itself will sink to the bottom and brew maximally tight. In cold water at once you can add a small amount of sugar to taste.
2
Brew coffee over low heat until until the drink begins to boil. Boiling coffee will begin to break through the formed on the water surface coffee shell. As soon as you see the first signs of boiling coffee, immediately remove from the heat. Water in which is brewed coffee should never boil, as the optimal temperature for brewing coffee is 92 to 94 degrees. After removing the beverage from the heat, let it cool slightly, then repeat the procedure: Turku put back on the stove and wait for the moment of boiling water, then immediately remove the coffee from the heat. Do this three times.
3
Three times brought to the boil coffee is completely ready for use. After that, it can pour into cups. The Cup in which the coffee must be well-heated in order for the beverage not lost its taste and flavor from the sharp drop in temperature. Heat the Cup under running hot tap water. Formed on top of the foam can be decomposed into cups, and then pouring her coffee.
Note
Never destroy generated on the water surface coffee shell. During cooking, it protects the beverage from contact with air, causing the coffee is brewed, more fully.
Useful advice
In addition to the sugar in the coffee, add a variety of spices (cinnamon, ginger, cloves). This is done a few seconds before removing the Turks from the heat one last time.

Milk added to coffee, should be well-heated, so the temperature change wasn't too abrupt. Ideally, the milk should be warmed to 80-90 degrees.
Is the advice useful?
See also
Присоединяйтесь к нам
New advices