How to make towels softer

The problem is the stiffness of towels after washing worries many mistresses: because spiny towel easily spoil the impression of a sauna or bath. It often happens that the towels become stiff after the first wash, and how many of them are not erased and not vypolaskivat such remain. So what's the deal? How can I resolve this problem using methods of our grandmothers, and delight of the household is fluffy, soft and gentle Terry towels, mi? 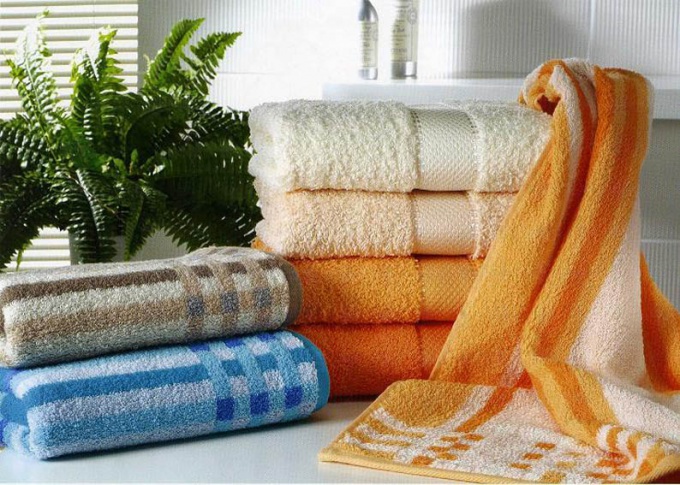 Related articles:
You will need
Instruction
1
Find out how hard is the water in your area. If you are sure that the problem is the stiffness of the towels in this – add rinse water vinegar: for 10 liters of water, is typically added ½ Cup of vinegar.
2
Add rinse towels and other Terry things in the water salt. Towel, shake well before you hang to dry. Some salt is added directly in the washing machine, the section for conditioning.
3
Do not tumble dry towels and start to stroke them slightly damp. And need to iron things with an iron, heated to a high temperature, continuously adding steam.
4
If your region's soft water and towels so dirty not to use washing detergent, wash them with ordinary soap and rinse thoroughly in water. Natural soft water has a direct impact on the quality of washed Terry products.
5
Our ancestors were washing clothes in the running water, and if you'll ever be able to wash and rinse linen in the key, or river water, test it on a private experience: Terry things washed in the river or lake and dried in the sun, with no additional effort on your part, there are a surprisingly tender, flavorful and fluffy.
6
Wash Terry towels in the washing machine with the special balls: they whip towels during the spin cycle, and things get very fluffy. Buy special magnetic balls – the effect will be even better. But if you have no such possibility – try to use ordinary tennis balls.
7
From household chemicals, it is preferable to use a rinse conditioner kids "Lenore". Using this tool, you don't even have to iron towels: they are after a good spin will be soft and fluffy.
Is the advice useful?
See also
Присоединяйтесь к нам
New advices