How to fill out the TORG-2

You - the head of the organization, which occupation is necessary to obtain goods and goods? Then you know that between the goods sent and goods received can be sad difference. Who is to blame and what to do to get a refund? To make the act established discrepancy in quality and quantity for acceptance of commodity-material values, better known as form TORG-2. 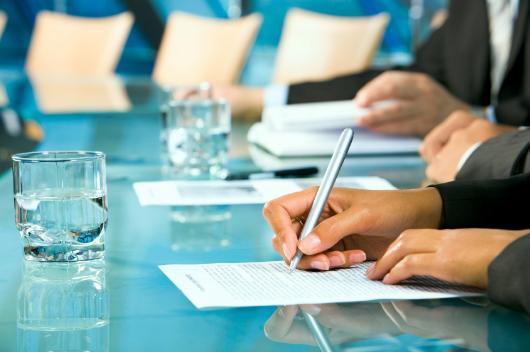 Related articles:
You will need
Instruction
1
Assign a Committee to inspect the delivered goods. The Commission must be present at least one representative of the recipient organization. It is also possible the presence of a third party expert.
2
In writing and call the representative of the opposing party, which is going to make a claim (shipper, vendor or manufacturer). The document data about the call representative, as well as his name and powers fit into the proper sections of the act. In the absence of a representative of the opposing party when accepting the goods and the preparation of the act must present a competent representative of the organization.
3
Complete the first page of Blanca TORG-2: name of your organisation and structural divisions, details of accompanying documents to the goods, the date of the act, the time of unloading of the goods, and others specified in the form position.
4
Indicate on the second page of the form information about the status of the involved transport and packing units and seals, if any, on the documents and actually. Also specify the number of cargo sender actually received and the discrepancies, if any.
5
On the third page of TORG-2 provide data on the conditions of storage of the goods before unloading (meet or do not meet retention rules), information about the status of the containers and form itself check the availability and condition of product (full or random inspection), as well as other specified in the act position, if they are relevant to your case. At the end of the third page fill in the table describing the detected damage.
6
On the fourth page, specify the required details of this investigation, a detailed description of the defects and the opinion of the Commission about the reasons of their formation, as well as the final conclusion of the Commission (to show the claim, to whom and for what amount). At the end of the page shall appear the signature of the Commission and the representative of the other party. The Commission's decision must be confirmed by appropriate decision of the head, which is also vised in the act.
7
Drafted and signed the act together with all the accompanying documents is transmitted to the accounting Department a receipt for the same act TORG-2. Exhibiting the claims involved accounting.
Note
TORG-2 is made only at the time of acceptance of the goods. Then it's too late.
Useful advice
Act on form TORG-2 is made on domestic goods in four copies.

Acts are drawn up separately for each supplier for each consignment of goods entered under one transport document.
Is the advice useful?
See also
Присоединяйтесь к нам
New advices