How to play cook

Svara – a popular card game, well-known in Russia. Play cook usually four. It uses a deck of 32 cards. Also today, a quarrel is easy to play online, downloading to your computer necessary program or just go to the website gambling. 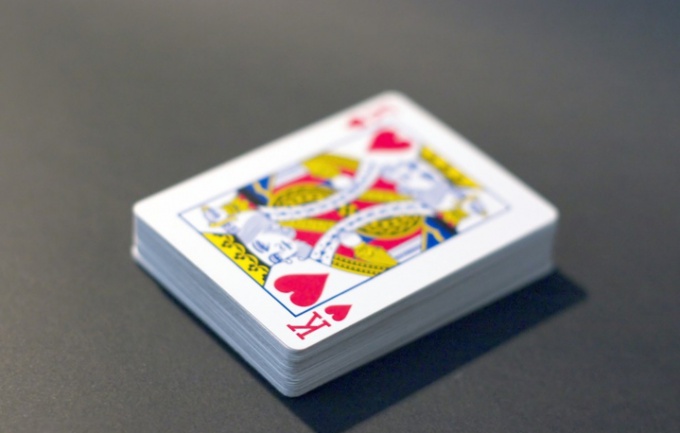 Related articles:
Instruction
1
Before the game, each participant is betting – betting pre-agreed amount of money. A lot is determined by the first deliverer, then the players cards are dealt clockwise in turn.
2
Be sure the deck is thoroughly shuffled, after which each player is given 3 cards (one for each change). Deck is placed in the center of the table and not touched until the next delivery. The top card opens, it becomes the trump card.
3
To play always have the deliverer and the player to the left of it, the other members have the right to choose: to play, to fold, to fold and to replace them with others from the top deck.
4
If any of the players found three cards of the same suit (called jerk), that player wins without drawing. He reveals his cards and puts them on the table, and his rivals, starting with the player to the left of the winner take a card from the deck. Each participant must pay the winner the same amount of money that corresponds to the number of points he dropped out appeared on the map. According to the standard cost cards, when counting the ACE gives 11 points, king – 4, Queen – 3 points, Jack – 2 points, the value of the remaining cards are valued at face value.
5
If the jerk no one appeared, the first player to the left of the deliverer, you can walk to any card. Other participants also go on the card in sequence in a clockwise direction. Map you need to play in the suit, and if not, you need to put a card up spots on the table, and it is another card ticking down (to cover the "klopka"). The player whose card is older, the whole trick takes. Con wins a party, who took bribes 3. The player who managed to get two bribes from the loser gets one pre-determined share of the con. The player with only one trick, and gets nothing. If no one managed to take 3 bribes, then the money at stake, not get anyone and move on to the next game.
Is the advice useful?
See also
Подписывайтесь на наш канал