How to find a point on the line

In modern mathematics a point are called elements of very different nature, composed of different spaces. For example, in n-dimensional Euclidean space a point is called an ordered set of n numbers. 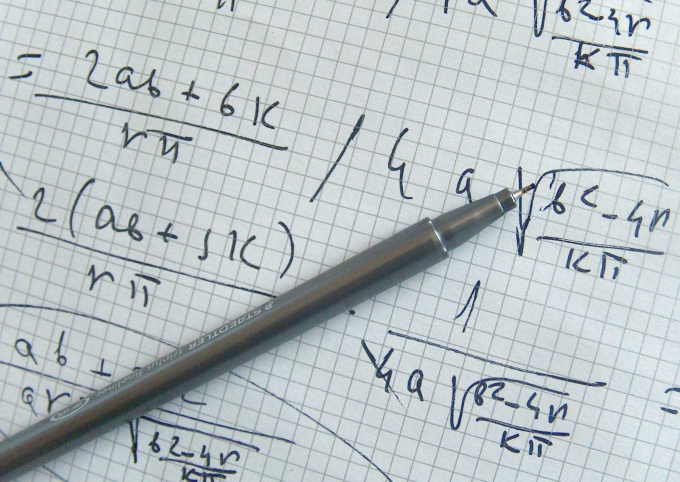 Related articles:
You will need
Instruction
1
Video - one of the basic concepts in mathematics. Video analytic on the plane is given by the first order equation of the form Ax+By=C. the Identity of points to a given direct easily determine by substituting the point coordinates into the equation of the straight. If the equation is drawn in true equality, then the point belongs to a straight. For example, consider a point with coordinates A(4, 5) and the straight line given by the equation 4x+3y=1. Substitute in the equation the direct coordinates of the point A and get the following: 4*4+3*5 = 1 or 31 = 1. Got equality, which is not true, and therefore, this point does not belong to direct.
2
To locate a point on a straight is enough to take one of the coordinates and substitute into the equation and then Express the resulting equation from the second. Thus there is a point with a given one of the coordinates. Since the line passes through the entire plane, then the points that belong to it are infinitely many, and hence for any one of the coordinates will always be another, such that the resulting point will belong to a given straight. Take for example the line with equation 3x-2y=2. And take the-coordinate is x=0. Then substitute the value of x in the equation direct and receive the following: 3*0-2Y=2 or y=-1. Thus we found the point lying on the straight and its coordinates are (0, -1). Similarly, it is possible to find a pointbelonging to the straight, when we know the y coordinate.
3
In three-dimensional space a point has 3 coordinates, and the line is given by a system of two linear equations of the form Ax+By+Cz=D. in a Similar manner as in the two-dimensional case, if you know at least one coordinate of a point solving the system will find the other two and this point will belong to the source direct.
Note
After finding all the point coordinates, you must verify their correctness. Substitute the found coordinates into the equation of the line and if will be true equality, all solved correctly.
Useful advice
A way of finding a point in the known coordinate are valid for any space dimension, the only difference is how many steps are needed to solve equations, to find the other coordinate.
Is the advice useful?
See also
Подписывайтесь на наш канал