How to disaccustom a cat to climb on the table

Cats – being direct, tables for them a popular place to stay. Besides, on the table there is always something interesting to play, or tasty food. Even if they know that climbing the table is bad, it is still not restrain his curiosity in the absence of the owners. To wean the cat to climb on the table, you need to create in his mind a steady reflex and not just to make it clear that you don't like it. Otherwise the cat will continue to jump on the table, but only when you are not around. 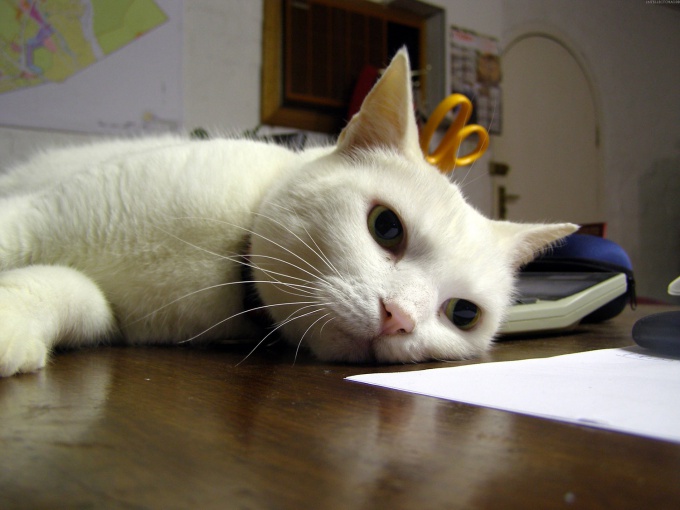 Related articles:
Instruction
1
Most cats do not like strong smells. A great way to leave on the table in the orange peel, sprinkle perfume, you can put a Cup that holds napkins with printed drops of aromatic oils. Most importantly, the pet, zaprygnuv on the table, didn't feel comfortable there.
2
Cats love the rustling of the items, but I don't like the rustling gives them when they try to behave as quietly as possible. If to lay on the table foil, the cat will not be able to climb on the table unnoticed, while you are at home. The cat will remain about this unpleasant experience.
3
A spray bottle – now your permanent ally. Water is one of the most unloved cats phenomena. In the kitchen near the table, always keep the spray gun. Coming home, they found the cat at the crime scene? Immediately sprinkle it with water! The cat will remember than fraught with sudden discovery.
4
Not everyone knows this, but cats do not like when they cry or when they are accountable. They may not understand the words, but the intonation, and especially the scream, understand very well – people are very unhappy with them. So, seeing a cat on the table, immediately yell at him. This shock cat will remember for a lifetime. If repeated several times – the effect is guaranteed. Removing the cat from the table, look him in the eye and severely chastised. You will immediately see that the cat is ashamed. Don't hurt the animal, namely chastised. In General, animals are much better understand the intonation of human speech than slaps on the ears.
5
Cats are very clever creatures, and if somewhere or something falls, they avoid this place. Put it on the edge of the table, notebook or thin books, so that the cat, leaping, dropped them. Maybe the cat even fail together with your papers, which will then fall on him. The main thing is to use light objects that the animal was not hurt.
Note
It is best to start education your pet when he is still a very small kitten. An adult cat to wean from their favorite habits is very difficult, a lot depends on the stubbornness of a cat and his character, but by your stubbornness, too!
Useful advice
To wean cat jump on the table should be systematic. As soon as you notice a rule violation, and immediately take action. If you allow the cat to jump once, then several times did not resolve, and then again allowed to sleep on the table – the whole educational process goes down the drain.
Is the advice useful?
See also
Присоединяйтесь к нам
New advices