How to have a baby, if not men

Almost every woman sooner or later there is a natural desire to have a child. But the years go by, and many this dream over time and remains elusive. And the reasons can be different: one could not find a decent dad to your child, the other pregnancy was pushed back indefinitely to build a career, the third husband there, but suffers from infertility. But motherhood is still possible under such circumstances. The main thing - to make the right decision on how to get pregnant without a husband. 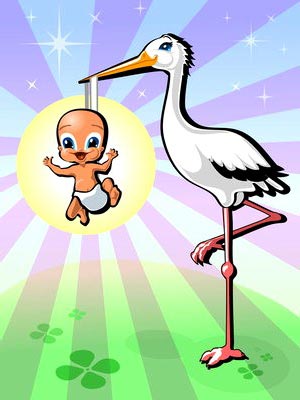 Related articles:
Instruction
1
The easiest way to get a baby is to give birth to what is called the "first counter", perhaps from married men. But deciding on such a move, before the woman will stand sea issues moral, ethical and psychological plan. Chief among them: does she have the ethical right to use a man connected by marriage? Do I need to prove his paternity? What kind of education she can give the baby without a father? And many others.
2
The second method requires some material costs. There are a number of clinics that perform artificial insemination (fertilization). Insemination is different from natural fertilization only by the fact that the sperm donor is inserted into the uterus by artificial means. Then everything happens, as the inherent nature of the sperm through the fallopian tubes to race trying to reach the egg. Further, it is fertilization. This means that the long-awaited pregnancy is not far off. The main condition of artificial insemination is the use of only high-quality donor sperm and a woman has fallopian tubes.
3
Even more promising way to become a mother in vitro fertilization. While the woman's egg is extracted from the body and artificially fertilized (in vitro). This method of fertilization often comes to the aid of a woman who is not independently able to have a child. Surrogate motherhood involves the technology of human reproduction, in which a strange woman voluntarily agrees to become pregnant, carry, birth, and immediately pass the child to other people.
Note
In any case, the woman is not married, will have to take the right decision. And we can only wish understanding on the part of relatives, as well as strength and patience, because for anybody not a secret that raising a child alone is not easy.
Useful advice
Unfortunately, at the moment is a huge hole in the legislation of the Russian Federation about the possibility of using the services of surrogate mothers to single women.
Is the advice useful?
See also
Присоединяйтесь к нам
New advices