How to get to the Moscow international film festival in Moscow

21 June in Moscow will host the opening of the 34th Moscow international film festival (MIFF). Critics, Directors and actors in anticipation of masterpieces, and the fans are thinking of how to get tickets to the event. 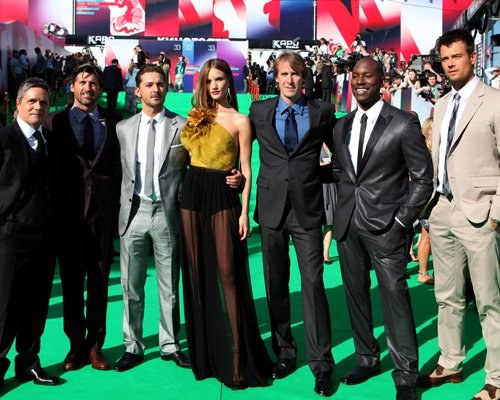 Related articles:
Instruction
1
If you represent media or related with movie area, you can undergo accreditation and to highlight the main events. You'll not only perform their primary job, but will also get the chance to enjoy watching films and mingle with movie stars.
2
If you like good movies, but your profession has nothing to do with art, should not get upset. Take the programme of events at the Moscow international film festival. As a rule, it can be found on the Internet. Pre-plan your time based on full time employment.
3
If you are a resident of the capital, book your tickets and hotel. This is best done in advance to save on the cost of the trip.
4
On arrival to Moscow you can buy tickets at the movies at the cinema box office. As you can see, even the "mere mortals" have a chance to watch the best work. For this you need only desire and confidence, not the presence of high-ranking relatives or friends.
5
This year it is planned films from Paramount and the retrospective of Ernst Lubitsch. Movie fans expect the contest work: "the Lonely island" Peter Simma, "Door" Istvan Szabo, "the Last tale of Rita" Renata Litvinova, "magnifica presenza" ferzan Ozpetek. For the second year at the Moscow film festival will be held the contest of documentary films. Kirill Razlogov said that special attention should be paid to the audience short.
6
Remember that the opening and closing of the 34th Moscow international film festival (MIFF) to get the tickets very difficult. As noted by many, there are required SpaceGate, which are distributed the main organizers of the event. Perhaps this is the only ceremony where I go really hard. It is known that the opening will show the film "duhless".
Is the advice useful?
Подписывайтесь на наш канал