What to play in the summer on the river

Hot summer, many prefer to spend time on the beach, soak up the sun and swimming in the cool river. However, sunbathing all day can be quite boring. Make sure in advance about how to entertain themselves with games. 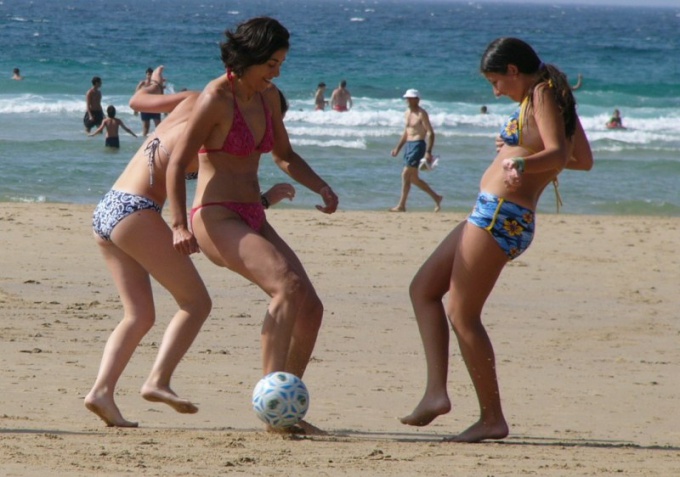 Related articles:
You will need
Instruction
1
The traditional summer game is beach volley. The company will split into two teams and throw the ball over the net. Your team must ground the ball in the opponent's half and not to let him fall on his own. The game can go to any number of points, the players agree in advance, or as long as it does not bother the participants.
2
Play on the beach. The deck is easy to carry in a small pocket. If you are tired of "stupid" and "fool springboard", play "STO", "Sekou", "pen", "drunkard", "believe it or not".
3
With maps you can also play in "Mafia". To do this, select a presenter, who will deal the cards according to the number of participants in the game. The deck should be ACE – mafia, king is the Sheriff and six civilians. You may want to dilute the company doctor, the courtesan and the other characters, which will come up with the players. The objective of the mafia is to kill all the inhabitants and not to get caught by the authorities. The task of the Sheriff is to find the mafia.
4
Play familiar to many from childhood game of "Forfeits". To do this, write paper tasks, add to someone else's and give Panama the lead. He will pull the notes and not reading them, say, who gets this penalty. Pre-agree on the framework, otherwise it may happen that someone will have to run naked on the beach.
5
Frisbee is a game with a flying saucer. Throw it to each other, trying to catch himself and not give it to someone. And to throw a disc like you can on the beach and in the water. Well, if one of your friends took the dog with them – your game will be enriched not only two-legged but four-legged players.
6
The least popular game for hanging out on the beach is badminton. He can play as a couple, or a couple for a couple. You do not need special skills for this game. Half an hour of training, and you will be able to successfully make a racket against the fellow.
Is the advice useful?
See also
Подписывайтесь на наш канал