How to make a moving picture

With the release of version CS popular graphic editor Photoshop, the Suite of software from Adobe began to enter the application Image Ready, which, among other useful functions, allows you to create moving images or animation.

Related articles:
Instruction
1
To make a moving pictureyou will need several images, slightly different from each other, and fixing the movement in different moments. For example, let's take a few shots from the cult film. 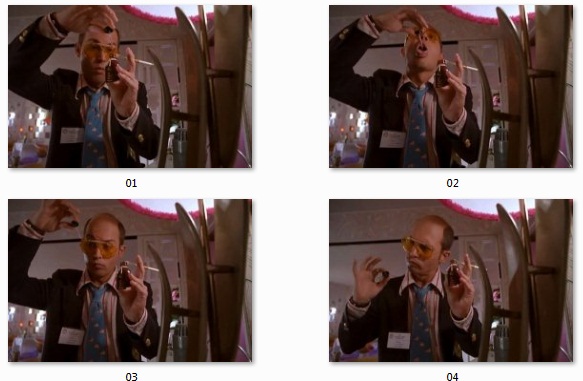 2
Create a new folder and put some images. Now number them according to the order of playback on the screen. All images must be the same size! 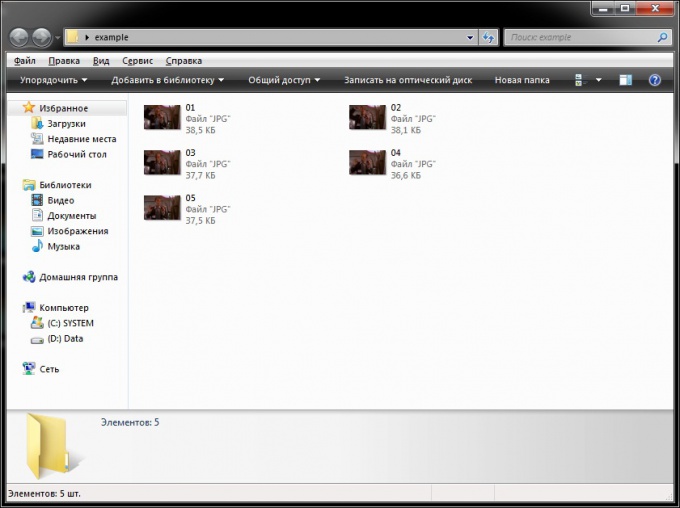 3
Open Image Ready and select in the menu File command Import – Folder and frames. Find your prepared folder of pictures and press OK. 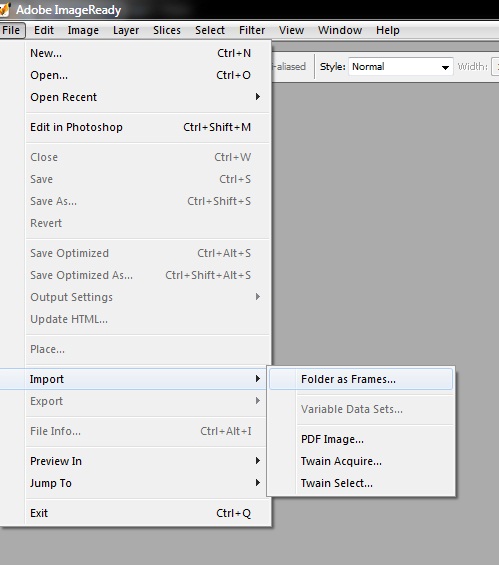 4
Before you open the control panel and footage preview window. 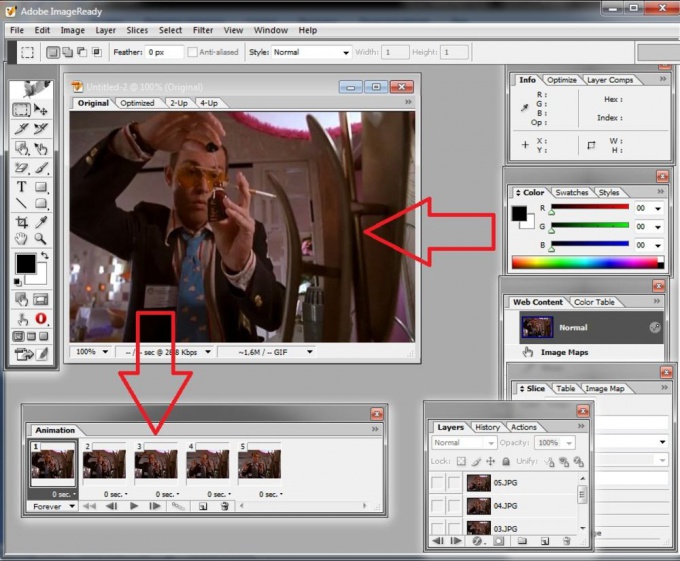 5
By default, the speed delay of each frame is 0 sec. Click the Play/Stop button to view the default version of the movement of the frame. If the speed does not suit you, you can click on the frame and expose for each of them, his speed delayed. 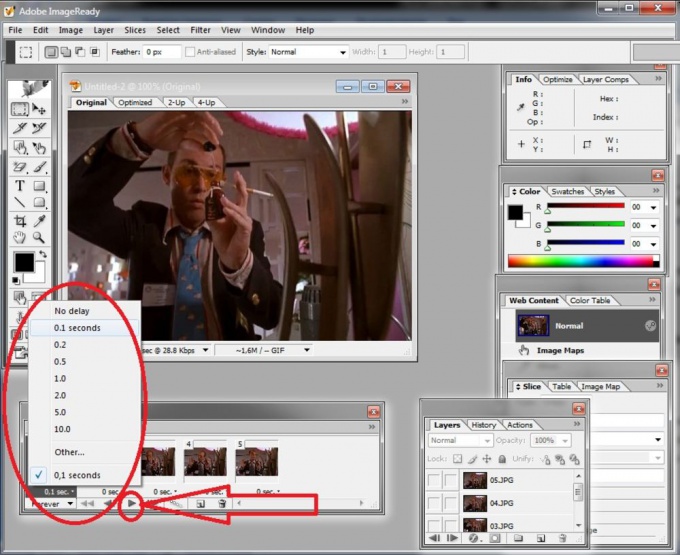 6
You can now save the result as a single file. To do this, click File – Save Optimized As and save a moving picture in GIF format on your computer. 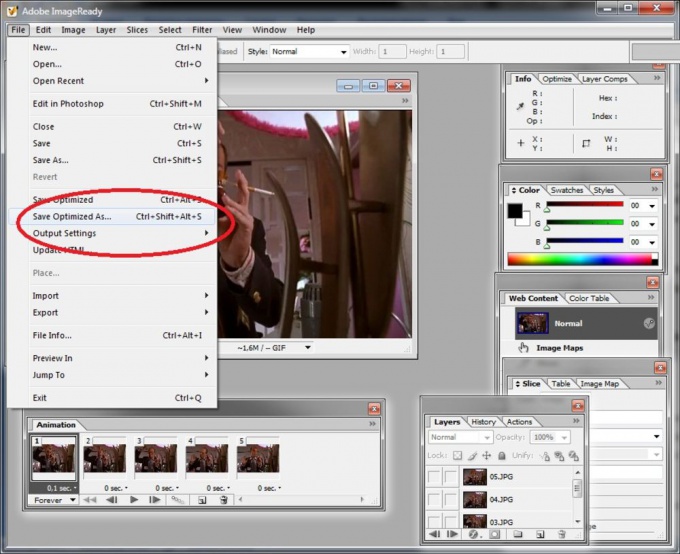