How to draw a person in profile

Drawing faces is a complex art. Some artists can cut out of black paper with the person's profile without any sketch. Such perfection they reach. But first we need to learn how to draw human face in this perspective. 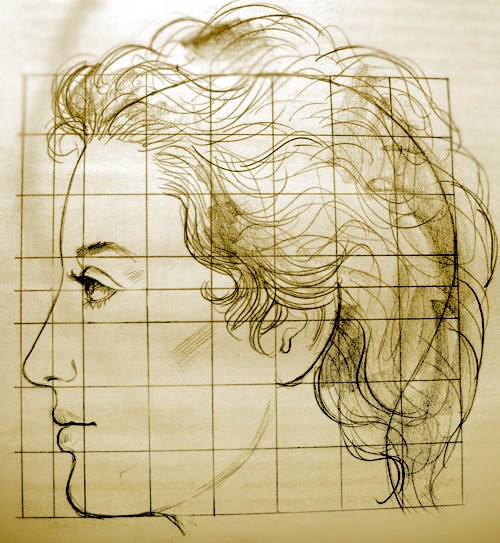 Related articles:
You will need
Instruction
1
Before something to draw, analyze and decide which of the geometric shapes of the object can be entered. For the human head in profile will fit the square. Draw it on a sheet of paper. The paper can be in any format, even standard. Do not use a ruler while drawing, all the relationships and try to determine by eye.
2
The horizontal and vertical sides of a square divide it into seven equal parts. Draw the mesh. It is much easier to place all the proportions. The square will fit the whole head, including the protruding portion of the nose.
3
Determine the ratio of the width of the head to the protruding part of the nose. Cut the required length mark on the same horizontal line. Put on this place the point. Using the marker draw a vertical thin line. It make the layout vertically.
4
On one of the vertical sides mark the proportions. Define the eye line, eyebrow, nose, chin, mouth. The facial features are all different: someone very high forehead, someone has a large nose, and someone projecting chin. Because lines can be placed below or above the average. Mark the lip of the line that separates the second and first lower rows. But the place between the fifth and third rows of squares. Eyes should be level with the line located between the fifth and fourth, and the eyebrows slightly above the eyes.
5
Determine the angle between the nose and forehead. Draw a line of the forehead. Mark the line of the nose, guided by the vertical line. Let's see how to converge the lower line of the nose with the horizontal direction.
6
Mark's eyes. When the location of the face in profile, the eye of the observer does not seem oval, and resembles an acute triangle, which has a slightly rounded side that is closer to the nose. In the outer corner of the eye the lines of the eyelids. Brow line repeats the line about eyes, but it's a bit wider.
7
The line between the lips and lower part of the nose swipe almost vertically. Draw a chin line. Remember the pit, which is always between the chin and lower lip. Sketch the hair line. Show the position of the ear approximately the middle of the head both horizontally and vertically. Finish the neck. The profile is ready.
Is the advice useful?
Подписывайтесь на наш канал