How to determine the nationality of facial features

People living in different countries differ not only in their culture, traditions, language, psychology, way of life, but also externally. Of course, now no society lives in isolation. In the last two and a half hundreds of years, people actively migrate around the globe, adapting to new conditions, imbibing the foreign culture and customs, and learning other languages. But the anthropological type of the person for three to four generations can't change. 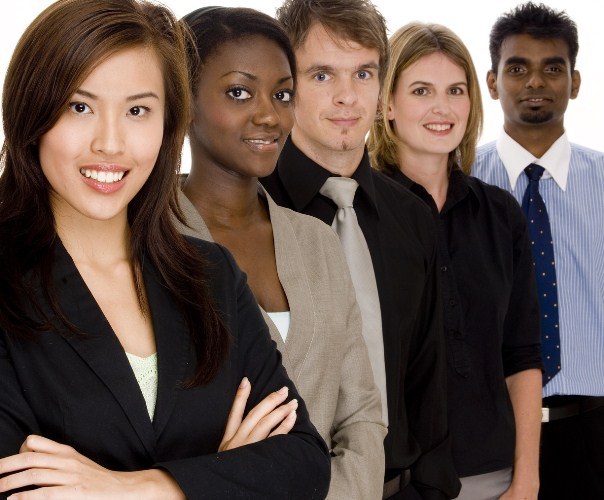 Related articles:
Instruction
1
At first glance, the nationality of facial features can be defined. At least in those cases where many generations of relatives lived in the same area and have a very characteristic described in the literature, appearance.
2
So, if say, for example, about the Italians, in the view of many people a picture of a dark, narrow face, dark eyes, black curly hair, quick, jerky movements, emotional speech. Opinion about Scandinavia is the opposite: bright, often white hair, very fair skin, blue or gray eyes, tall, slowness in movements and conversations.
3
Chinese is distinguished by low growth, dark, yellowish skin, narrow brown eyes, small nose and thin lips. And residents, for example, Peru or Chile are as a people of small stature, black-haired, white-skinned, with a smooth, beardless faces, and small, slanting eyes, a big nose and thin lips.
4
But if you ask the anthropologists for this reason (and residents of these countries), they have such descriptions will not agree, because this feature, and not completely, corresponds to only part of the population of a particular country. Yes, and the term "nationality", which was coined only in the 19th century, many States used to refer to nationality (citizenship), and not ethnic traits. That is why, if you tell about a Frenchman, he does not necessarily has delicate facial features, slightly dark skin, dark, slightly curly hair and big, straight or aquiline nose. He may be a black representative of the African continent, whose ancestors once established in the country of the Gauls.
5
More correct to speak of human races, each of which has a similar gene pool and specific geographical distribution area. Traditionally distinguish only three main races: the Eurasian (Caucasian), Equatorial (Negroid), and Asian-American (Mongoloid). But many anthropologists are of the opinion that races, from a biological point of view, more about ten.
6
In particular, called South African, Australoid, americanidol and other races, which differ in the color of the skin, eyes and hair, features of face structure, height etc. of Race, in turn, conventionally divided scientists into small races and different types of the primary race. For example, in Africa, Sudanese, South African, by the Nilotic, Central African and Ethiopian types. While scientists admit that the options can be much more, but the faces of the Africans are poorly understood.
7
But in Europe and Asia in the face of the people classified by types much better. From the shores of the Mediterranean to South Central Asia, inhabits the Indo-Mediterranean race is small. The appearance of its representatives in General has a dark skin, a narrow face, almond-shaped eyes, straight and narrow nose, relatively thin lips. Their growth is usually not very high, and the figure is elongated, fragile.
8
To the North of this area stretches a chain of mountains – from the Alps and the Balkans to the Himalayas. The population of this zone belongs to the Balkan-Caucasian race low. Characterized by light skin, lighter than in the first case, the hair and the eyes (often with reddish tinge), massive, tall and stocky build. These people have a large nose, often with a hump, increased hair growth on the face and body, often broad face.
9
North of the belt mountains are common different types of the Northern Caucasians. They have lighter color of eyes and hair, higher growth and a smaller palpebral aperture. It is also seen that from West to East was gradually increased face width and reduced growth of beard and mustache.
10
Central Europe – the so-called belt brown, the habitat of the middle Eastern race. The people here are different brown hair of different shades, mixed colors of eyes, different nose shape and lips. But more often straight, protruding nose with straight or curved back and thin lips.
11
Also very different between the Atlanto-Baltic and white sea-Baltic race. First scientists even call discolored Indo-Mediterranean race and believe that the roots of its origins are somewhere in the South. More Eastern white sea-Baltic race is the lightest among all Caucasians.
12
But keep in mind that within all of the smaller races highlighted a variety of different types, to understand which non-specialist is almost impossible. Moreover, that does not stop the process of so-called cross-breeding – mixing of races as the result of the movement of people and marriage with partners of another genotype. Thus, we can conclude that appearances are deceiving.
Is the advice useful?
See also
Присоединяйтесь к нам
New advices