Where to go in Paris

Paris – one of the most beautiful capitals of the world. It is a city of high fashion, love and romance. He is great in any season of the year. It concentrates all the charm of France. Graceful architecture, parks in Royal style, cozy cafes, majestic castles – in Paris, literally everything is imbued with the delicate atmosphere of French spirit and speaks of the infinite love of the locals for everything beautiful. This is one of those cities where you should visit at least once. 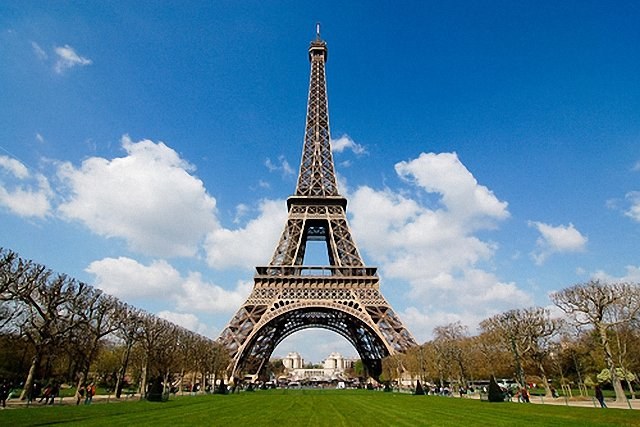 Your promenade in Paris is better to start with the quays of the Seine. Be sure to visit the Ile de La Cité, which is called the cradle of the French capital. It is the most ancient territory, "the beginning of all beginnings". Here is the legendary Notre Dame Cathedral, the Palace-prison of the Conciergerie, the chapel of Sainte-Chapelle, Palace of Justice.Close to the Cité is located on the island of Saint-Louis. They are connected by a pedestrian bridge. Unlike its neighbor, Saint-Louis for seven centuries remained deserted. This is despite the fact that pretty sprawling Cité, it was separated only a few meters. Local attractions include the Church of St. Louis, the old mansions of the 17th century. Here is the ice cream Bethillon, founded in the late 60-ies of the last century. This is probably one of the best ice cream in Paris. It serves more than seven dozen varieties of ice cream and sherbets, which are prepared the old-fashioned way, using only natural products.On the banks of the Seine is the so-called Latin quarter – one of the historical districts of the city. Interesting places here, it is sufficient, among them the Pantheon, mosque, arena of Lutetia, the area of Viviani, the legendary Sorbonne. This is one of the busiest quarters of Paris. Here you can meet street musicians, crowds of tourists, groups of students and touts around the tiny café. The special charm of this area give its streets. They are so narrow that it is sometimes difficult to separate even two pedestrians. Near the Latin quarter is the Saint-Michel fountain. He stands on the same Boulevard and serves the citizens a point of reference, around which usually set up the meeting. It is a rich sculpture, consisting of winged griffins, from the mouths of which water flows. Fountain amazes the locals with his greatness for more than 150 years.Be sure to go to the place de La Bastille, where once stood the prison of the same name. This place of Paris is neither elegance nor beauty. However, this area is for local residents a symbol of freedom and a monument to all revolutions. In its center sits majestically column, which was erected in memory of the revolution of 1830.North of the city is the highest place – the hill of Montmartre. Visiting it, you will be able to enjoy the breathtaking views of Paris. To climb the hill on foot on the tiered staircase or funicular. It is crowned by the sacré-cœur Basilica, on the stairs which is always crowded. Monmartre to climb the hill and sit on the steps of this Basilica would be a crime. This will give you the opportunity to feel involved in the unhurried life of Parisians.Of course, impossible to leave Paris not stroll along the Champs Elysees, not climbing up the Eiffel tower and walking under the arc de Triomphe. Young guests of this city will enjoy the trip to Disneyland. But in Paris you can just wander the streets and see the Windows of local shops. By the mere thought that on these same streets at the time there were Coco Chanel and Edith Piaf - already there is a feeling of satisfaction. To see the sights of this city on the dry tips of the guide – it ignoble. Hide it in your pocket and let yourself get lost on a Paris Avenue. So you will be able to discover your own Paris.After walking around the city there is a sense of "to drop anchor" in some little restaurant, completely to abandon everything and to feel happy just because you are in Paris. In local restaurants you can sample foie Gras with apples, scallops with cognac sauce, soup consomme.
Is the advice useful?
Присоединяйтесь к нам
New advices