How to connect plastic pipe

In recent years a great demand began to use pipes made of polypropylene or polyvinyl chloride. They are easy to install and connect together. Inexperienced in this business people may not understand how such tubes between a bonding. Of course, if we talk about the metal tubes, then all is clear: they are connected by welding. But the pipe PP and PVC common welding machine is not so easy to cook – melted. To help fans come in plastic pipe fittings. 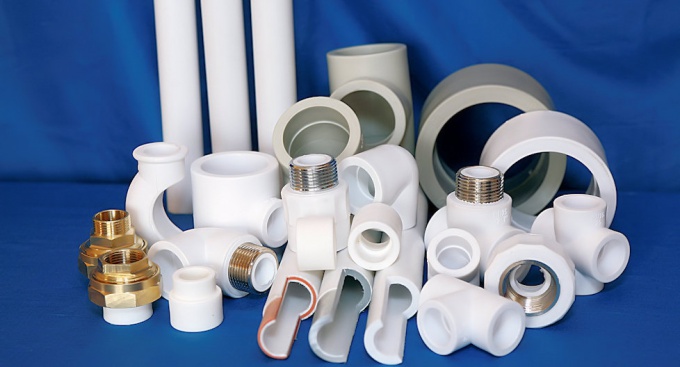 Instruction
1
Fittings (from eng. "mount," "to collect", "to fasten") is called the structural elements of the pipeline, which is intended to interconnect both the same and different diameter pipes, as well as to create the turns and branches of piping, fixtures, and so on. Fittings are classified rather arbitrarily, however, this knowledge will allow you to without difficulty determine the scope.
2
There are fittings monopolygame and combined. First run entirely from a piece of polymer, and the second performed partially made of plastic and partly of metal. Metal usually threaded elements.
3
Using monopolising fittings are interconnected polymeric pipe (clutch). In addition they are used in the layout of the pipeline by welding (or knee angles, crosses, tees, expansion joints and brackets).
4
Combined fittings can be connected to polymeric tube with all sorts of plumbing structures, which is facilitated by combined fittings metal thread. Such fittings can also be used to connect pipes made of PP and PVC together, if you intend to build portable structure, not capital. Combined fittings and often used as part of the wiring, because there is a combination of tees, elbows.
5
There is also conventionally combined fittings. They are divided into two categories:With fixed threaded elements (threaded design in this case is poured into the plastic);Having movable threaded connections. Such fittings include a split sleeve with an external or internal thread or a Union nut with internal thread.
Useful advice
And monopolisers, and combined fittings are also transient. In this case, to different ends of the fitting are mounted on pipes of different diameter;

Unlike designs made of polypropylene, fittings from PVC, and CPVC from usually have plastic threaded elements.
Is the advice useful?
Подписывайтесь на наш канал