How to run the game "behind enemy lines 2"

"In the rear of the enemy" - a popular series of tactical strategies created in Russia. The second part, the most successful, was released over seven years ago, but still popular. Fans do not stop even the fact that the game does not run on a modern PC: this happens primarily because of the system of protection Starforce. 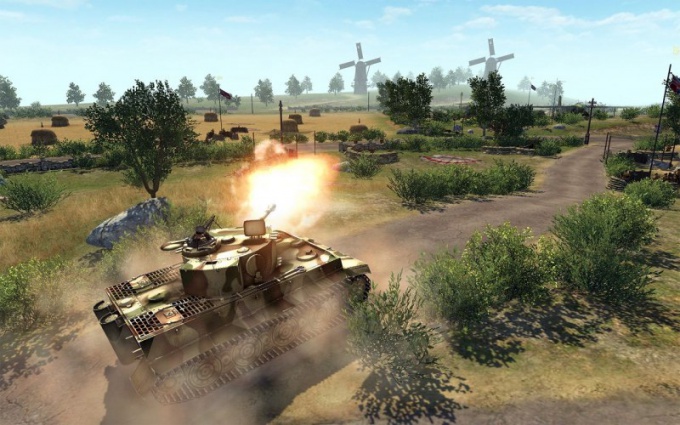 Related articles:
Instruction
1
Check whether your computer has the minimum system requirements. To a greater extent this applies to video cards: the developers ' site, you'll be able to find a number of models with which the game doesn't run at all, to the rest, you need the latest drivers. In addition, consider the size of the system, because the game does not run on 64-bit computers.
2
In order to run the game on Windows 7 or Vista, you will need to download the latest patch to fix compatibility problems. After installation, navigate to the Properties of the game shortcut and in the Compatibility tab select "Run in compatibility mode with Windows XP Service Pack 2". This will lead the game to a working state. Unfortunately, the patch was developed for the English version of the game, and therefore with the Russian edition will not work. However, on the license disk it is possible to install the English version.
3
Uninstall Daemon Tools, if installed. Protection system drive may conflict with software, as it is created to emulate a DVD drive and poses a potential security threat. Important: uninstall the application using the "add or remove programs", because only this will erase all residual entries in the registry.
4
Find the disk serial number. It can be printed directly on the CD, enclosed in a box with the game or glued to the back of the packaging. After the installation of the game files, the protection system will require you enter the key. In addition, you will be asked to take online activation – you can skip this step.
5
After the first start the game you need to install the StarForce protection system and restart the computer. In the future, every time before starting insert a disc into the same drive from which the installation took place – otherwise the protection system will not allow you to start the game.
Is the advice useful?
Присоединяйтесь к нам
New advices