How to grow roses in Siberia

Rose is considered the Queen of flowers, as it is not only very beautiful but also very demanding in terms of cultivation, but may grow not only in the South with warm and mild climate, but in the conditions of Siberia. 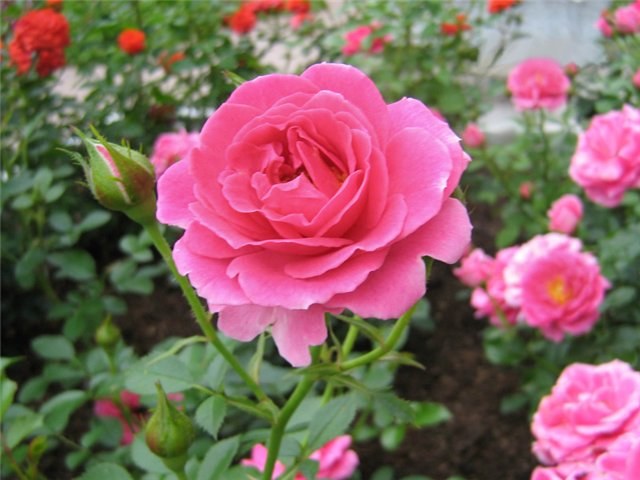 Related articles:
You will need
Instruction
1
To grow roses in the brutal conditions of Siberia and the cold winters when the temperature falls below 45 degrees, buy varieties grafted on briar rose. In contrast, own-rooted instances they are resistant to cold winter, as the rose has a high resistance to frost.
2
For planting choose varieties of roses of group floribunda and Park. Hybrid tea varieties should be stored in the basement where the temperature is not below plus 4 degrees, which creates certain difficulties. Climbing varieties are good winter, but they can be grown only with great experience, as it requires the skillful pruning.
3
A place to land, choose sheltered from the wind and most lit. Don't plant roses along the fence, on draught and in areas close to groundwater.
4
Landing in the ground produce in spring under plastic cover, when the soil temperature is optimal and warms up to 10 degrees or in the fall before the first frost. For Siberia spring planting dates – this is the end of April, beginning of may. Autumn – end of September, beginning of October, when the soil temperature is stable at around 4 degrees.
5
Before planting, soak the seedlings for 6 hours in a solution to stimulate root formation. If you bought seedlings much earlier time, keep them on the bottom shelf of the refrigerator or in the basement. All seedlings are sold with the root system covered with paraffin. To roses quickly took root in the ground, open the package and add some water in it.
6
Film take shelter after minovanii the threat of frost. For Siberia this time comes in the second decade of June.
7
Before the approach of steady frosts, cut roses, okucia the ground, carefully cover with spruce branches. As soon as you drop the first snow, liberally sprinkle the planting and thoroughly tamp. The more snow, the less likely it is that the roses will freeze.
8
In the spring remove the twigs, vzryhlite the soil, install the film cover.
Is the advice useful?
Подписывайтесь на наш канал