Why do I need nails

Each body part has its own purpose and nails including. This is one of the protective mechanisms created by nature. If people lost their nails, this would make the fingers vulnerable to all sorts of mechanical and chemical influences. 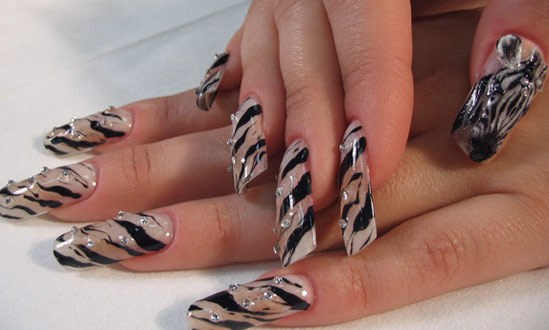 Related articles:
Nails are solid formation of Horny tissue. The ringed base of the nail cuticle, its purpose is the creation of a barrier to the penetration of dust, dirt, harmful bacteria, leading to inflammation or fungal diseases. Nails can be cut, to tear, to scratch. With their help, you can open a small gate or pick up small objects. Sometimes the nails used for self-defense. Fingers without nails are hard to keep even a glass of water, because the grip will be weakened. Without nails it is impossible to play a musical instrument or typing on a computer keyboard. Without these horn plates quite difficult to even dial a phone number. In ancient times, nails were defined cultural or social status of the person - for example, the Chinese mandarins had a very long curved nails.Currently, it is an important component of human appearance. Without beautiful, healthy and well-groomed nails it is impossible to imagine the finished female image. Thanks to the modern design industry of nails, including nail art, body piercing, nail extension, nail decoration have become an independent. Some long nails needed for the job. For example, the Aleut basketry, famous for its strength, to weave the thin strips of special herbs. And to split stems of this grass, alaudi grow very long nails. In addition, nail plate reflects the state of our health. Color changes or deformation of the nail are often signs of disease processes occurring in the body. The appearance of lesions can be caused by the action of environmental factors, infection, chronic diseases, trauma, genetic predisposition.Longitudinal grooves on the nails talking about inflammation or rheumatism, the cross reflect diseases of the internal organs or a lack of zinc in the body. Convex nails indicate diseases of the lungs or bronchi. When there is insufficient circulation of the nail plate is a bluish hue. Yellow nails indicate liver disease. The lack of calcium reflect the white blotches.
Is the advice useful?
Подписывайтесь на наш канал