How to fold napkins on the table

A proper and beautiful table setting is an indicator of taste and knowledge of etiquette. In serving one of the main elements is the art of folding napkins. Napkins, which are folded in the original form, give the table of festivity and harmony. 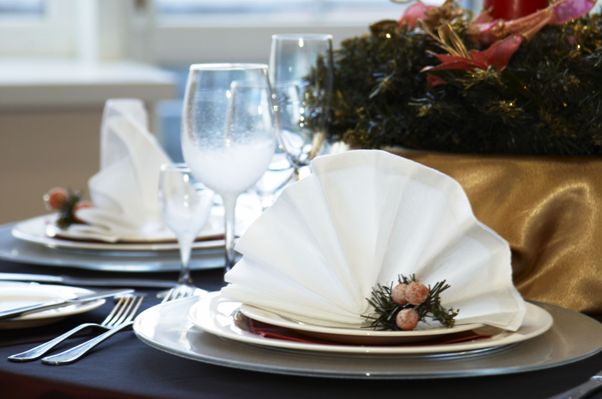 Related articles:
Instruction
1
There are several basic types of folding napkins, they can be attributed to the shape of lilies, junk, southern cross and artichoke.
2
Lily.

The napkin, first fold it diagonally, and then connect the vertex of this triangle with the left and right corners.
3
Fold the napkin in half, given the horizontal axis.

In conclusion to shape the lilies need to bend the top of the triangle.
4
To fold junk should:

fold the napkin in half right bending.
5
The resulting figure also connect in half and the bottom half of the napkin to fold upwards.
6
You then need to bend the left and right forward corners, and the corners podohnite ago.

The tip of the napkin, which was folded into remove. Also, remove all other tips.

And in the end remove the remaining four corner
9
For making of the southern cross lay the napkin wrong side.
10
Fold the corners to the center of the napkin.

Flip the napkin and fold the corners.
11
Right corner remove, and then remove all the remaining corners and carefully smooth out the tissue
Is the advice useful?
Подписывайтесь на наш канал