How to interest a child playing

The game is the most important form of children's independent activities conducive to their physical and mental development. To interest a child playing means to teach him to play with pleasure. The lack of interest is most often associated not only with the lack of toys, but with the inability and ignorance of the children as these toys to use in the game. 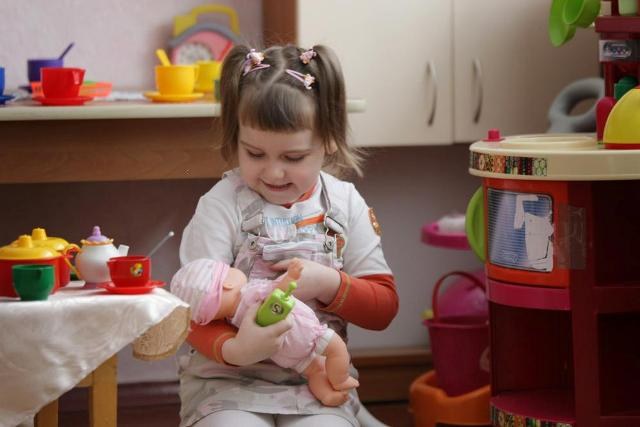 You will need
Instruction
1
Be sure to show the two-year kid how to roll the machine or build a tower out of blocks. At this age they play with household items that we see in the arms of mom or dad and try to use them for their intended purpose. For story game get a little iron, a vacuum cleaner, a hammer, a phone and other items that you use constantly. While you are doing housework, the child will play near you.
2
Play with the baby 3-4 years in doubles, because interest in the game appears only with a playing partner. For example, the adult – a doctor, a child patient (or leads to a doctor my daughter). The adult has the opportunity to demonstrate to the child how to use certain medical instruments as well as than they can be replaced, if not needed: a pencil instead of a thermometer, a bowling pin instead of a bottle of milk for my daughter.
3
Organize adventure game with 5-6 years old children, help to pick up gaming attributes and observe the actions of the players, because it often happens that the unfolding of the plot require correction from the child: physical punishment, the quarrel between the parents. Or just distract from this plot with the help of Board games. Invite along to play table game, introduce the rules. Allow me to develop new rules for the game, to align them with other players.
4
Play the story game with the child who refuses to games, find themselves in the other classes kind of activity. It is necessary to determine the interests of the preschooler and organize a game based on them. For example, slow the kid can't play catch-up, but writes poetry and draws to them the illustrations. Play with him in the library or book store, complete book of its author's poems. Other children will be immediately next to, and some of them will want to play with you.
Note
The presence of a large number of toys does not generate interest in the game. The lack of toys makes you actively think, to find a way out of a situation to use substitute, and, as a rule, develops creative thinking.
Useful advice
Don't pre-empt the child in the game, not play instead of him. Always wait for the initiative of the child. Adult – only assistant, a teacher, even if he takes the role of partner.
Is the advice useful?
Присоединяйтесь к нам
New advices