What is whooping cough in a child

This infectious disease affects mainly children of preschool age. Transmitted virus (gram-negative Bacillus) from other recently infected child by close contact. Let's see what is pertussis in children and how to treat it. 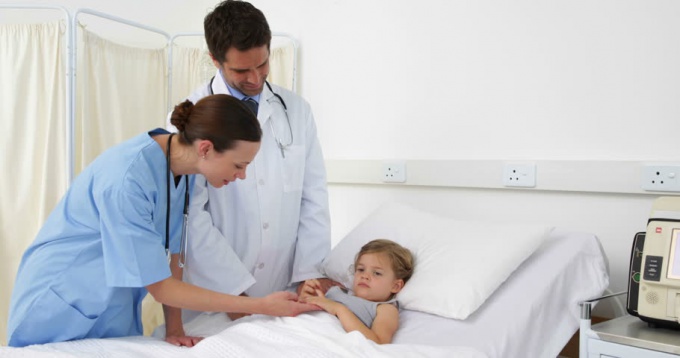 How dangerous whooping cough for children

Inflammation of the mucosa of the upper respiratory tract occurs almost instantaneously. And if not treated, the infection can quickly develop, causing serious consequences:

• depression of the respiratory center;

The symptoms of whooping cough in a child

At the beginning of the infection the child feels weak and unwell. First, he develops a runny nose and cough, the voice becomes hoarse. Within weeks the symptoms begin to grow. The cough becomes increasingly dry and deep. The same dry rales appear in the lungs. While the temperature is small and can stay about 10 days.

The farther, the more, the coughing spells begin to take on a convulsive character, where there is a short delay of breath. It could trigger hyperamylasemia, swelling of the face. With a deep breath after coughing kid can bite to blood the tip of the tongue.

The body small children are not always able to cope with such attacks, manifesting itself in the following phenomena:

• involuntary defecation and the emission of urine;

After 2 weeks attacks of painful cough increase, become frequent, prolonged and heavy. Over time, will decline, and may for 6 weeks to disappear completely. But this does not mean that the infection is gone – it may take another form (for example, bronchiolitis or pneumonia).

Diagnosis of pertussis in children

Not to confuse whooping cough with trivial acute respiratory disease or bronchitis, the doctor need constant supervision for a sick child. Observing the nature of whooping cough, also conducting research.

For example, during the attack in front of the patient's mouth holding a Petri dish with a special environment to take the sputum culture. The diagnosis can already be put on the basis of this bacteriological tests and blood tests. Later the doctor is based on serology: agglutination reaction and the RJC.

How to treat whooping cough in children

Depending on the severity of illness of the baby isolated either at home (in initial stage), or hospitalityat to the clinic (in progressive form). Starting treatment with antibiotics, in parallel, by assigning pertussis gamma globulin.

In severe attacks of coughing recommended antispasmodic drugs (such as papaverine). If phlegm departs bad, the doctor prescribes a special inhalation with the use of proteolytic enzymes. In severe forms the patient have to contain in the oxygen chambers.

How to protect your baby from whooping cough

To protect the child from such tests, it is necessary to vaccinate using vaccine DTP. It will help to activate the immune system of the body. But in any case, if you know that the child was in contact with the patient with pertussis, it is desirable to immediately enter gamma globulin.