The South Korean group has decided to make a reshuffle in the segment of their phablets — now the flagship has become a model EDGE+, and Note 5 has turned into a niche product that can be seen only in several markets. Russia is no exception. 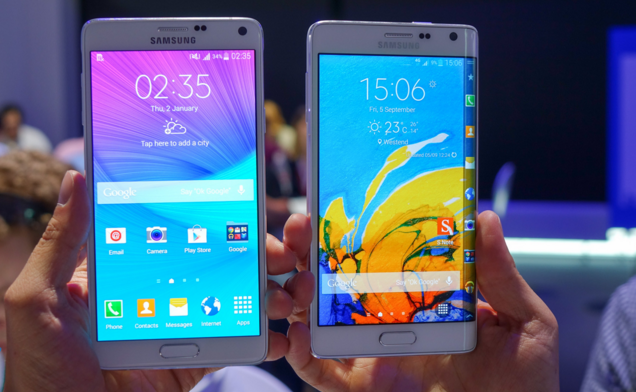 The geography of sales Phablet Samsung Galaxy Note 5 initially was sold in South Korea, then in the States. The start of sales in Russia was scheduled for mid-October 2015. The model will only be available in branded stores of the concern. The appearance of this phablet in Russia can be called the exception, because in the same Old world it is almost nowhere available and it seems that the concern does not intend to revise the geography of sales. 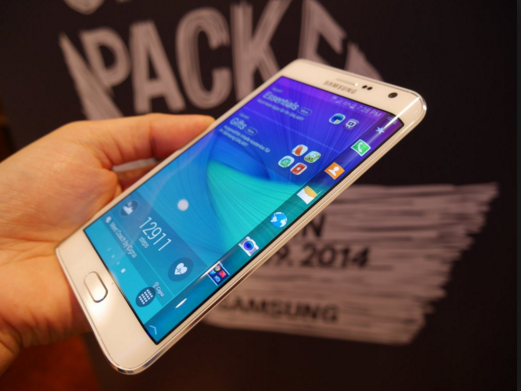 The positioning of the Phablet turned out to be surprisingly balanced, but not devoid of cons. However, according to the combined settings from Samsung Galaxy Note 5 there is no single direct competitor. However, they just can not be, because none of the other manufacturer there are no corresponding components.

The appearance and dimensions If EDGE group has curved display, the new phablet is back. The device is curved at the edges, which is very well seen when it is lying face down. It seems that the manufacturer strongly believes that this design element makes the gadgets more popular. In fact, such rounding allows tabletu to be more comfortable in the hand than its predecessor. 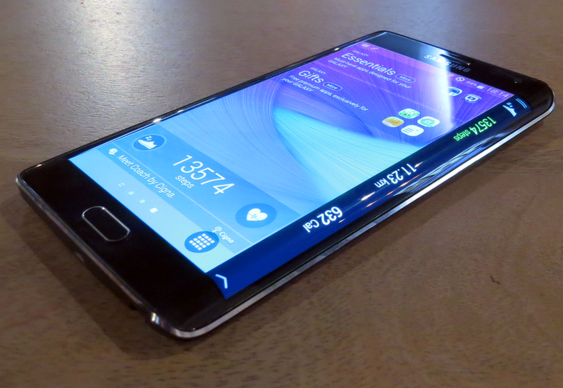 Colors Phablet is available in four colors: white, black, silver, gold (White Pearl, Sapphire Black, Silver, Gold, Platinum). In South Korea, the sale of phablets in two new colors — rose gold and silver / titanium (Pink Gold and Titanium Silver). Perhaps the company will expand the color gamut and other markets. However, likely is not too soon.

Case material unlike the Note 4, the novelty used other metal — alloy aluminium 7000 series, which features great toughness together with ease. As a result, the gadget has won lots of weight. The new iPhone 6 will use a similar material because nothing more reliable for such devices in the world has not yet invented. The rear surface of the screen Note 5 covers Corning Gorilla Glass 4. Around the filling machine has a metal frame. 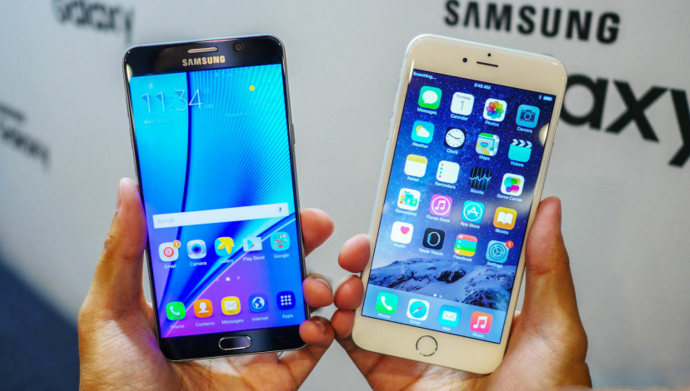 Buttons and keys Left-side surface phablet contains two keys for adjusting the volume. The predecessor was responsible for it one paired key. It should be noted that the buttons will not work to press accidentally, but blind — simple. Button on/off switch located on the right side of the device.

At the ends of the phablet is two microphones. The bottom end is located 3.5 mm Jack and microUSB-socket. Each connector has a plastic insert, which protects cables from damage. At the bottom end of the gadget is also a speaker. Nearby is the stylus, which is fully recessed into the body. Despite the fact that it is now smooth, keep it in the hands comfortably.

The front side has a light sensor, proximity and camera for selfies is 5 megapixels. All of this is located above the display, the frame of which were more narrow, but this did not affect its size.

The center key was a bit shorter and higher. Also it fit well the fingerprint sensor that responds to a light touch. The sensor responds perfectly even on wet and sweaty fingers. It is worth noting that the iPhone will get a similar sensor only in the new version. 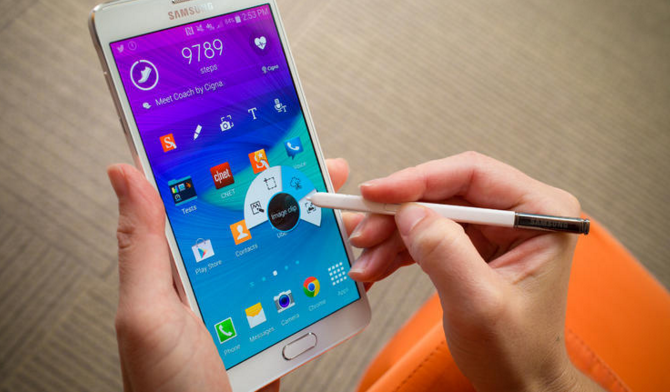 Display Samsung is considered to be the favorite of the world market on manufacture of screens for mobile gadgets. In terms of technology, the group went to a few years ahead of its nearest competitor. In Note 5 was taken a new height — phablet boasts of better colour reproduction, picture quality and ease of operation. Experts have already tested the product and come to the conclusion that the best display phablet available at the moment. Note 5 managed to move on this option, even the Galaxy S6. Meanwhile, the diagonal of the novelty remained unchanged at5.7 inches, and resolution — 1440х2560 points.

Camera It has a resolution of 16 megapixels. It is possible to call from any screen by double-pressing the Home button. And it takes only 0.6 seconds. Thus, it is possible to quickly take something literally on the run.

Software features Gadget belongs to that generation as the Galaxy S6/S6 EDGE. The device came on Android 5.1.1 8-core processor Exynos 7420 2100Mhz, it is only redrawn icons, everything else remained the same.

Important nuances In contrast to the predecessor, Note 5 no memory card. The user is limited only by the amount which is available initially. The approach is exactly the same as in the iPhone. Can only save that to the phone it is possible to connect a USB flash drive and make the files.

The model has a removable battery. To change it only in the service center, dutifully laying out about $ 100.

The gadget is no mode of operation in gloves. It's not too fundamentally, but still. Otherwise, Note 5 all round performance more than exceeds its predecessor. 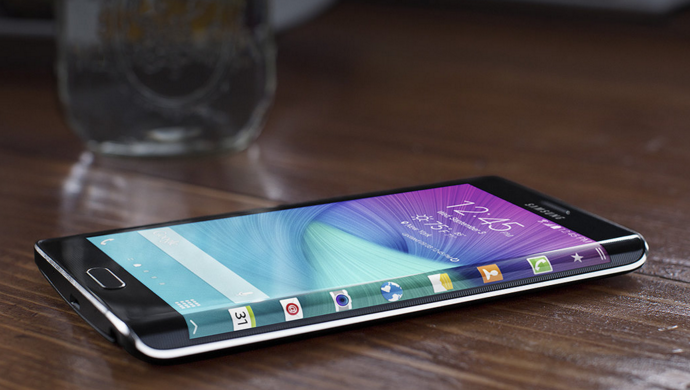 The Price Of Galaxy Note 5

In retail stores Samsung the new model is available for 59990 rubles. Of course, then the price will fall. But in 1-2 months after the start of sales to hope for it not to be.