Cow's milk is a favorite drink of many children and adults sometimes acquires a bitter taste. Basically the reason for the bitterness lies in the feed received by the cow; but the quality and composition of feed are not the only factors that affect the taste of the drink. To become rancid can of boiled and raw milk. 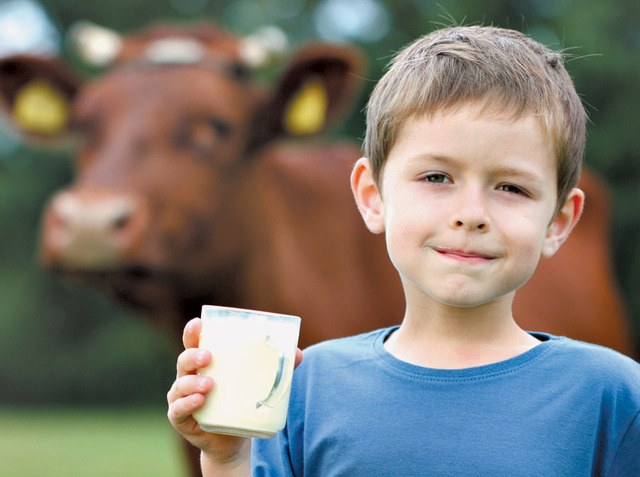 Related articles:
The taste of cow's milk depends primarily on what the animal was fed. Bitter taste and smell of radish may appear at the white beverage in the spring, when the grazing herd in the meadows, where grows a large number of field mustard, wild radish, bittercress. Bitter milk and takes on the garlic (onion) smell if fresh grass or hay in the cow got a few stalks of wild garlic or onion. And if the haystack includes fennel, caraway, chamomile odorous, fennel, milk becomes bitter, but unpleasant when you eat is being transferred to its specific smell and taste these resoponse plants. When fed cow moldy products (silage, straw and hay) a product of her lactation acquires a musty odor and a bitter taste.Organoleptic properties of milk (taste and smell) change for the worse and with keeping animals in unsanitary conditions, in dirty, ill-ventilated stall, when the udder is not washed before milking.The bitter taste comes from startingo milk in late lactation (at the ninth-tenth month), when the cow is suckled calf and ready to run (the new birth). The bitterness in this case is due to the breakdown of milk fat already in the udder under the influence of the enzyme lipase, heavily released in this period. Milk fat, decaying, forms acid with a bitter taste and an unpleasant odor.The process of breaking up milk fat can be caused not only by the action of lipase, but strong shaking of milk in a can, tank or other container. Therefore, when transporting dairy products across large distances need to be careful. To can become rancid and sour boiled milk, unlike the unboiled (as it turns out souring of the milk). The reason is that in the process of souring involves two types of bacteria: lactic acid and butyric acid. During heat treatment the lactic acid bacteria are killed, and butyric acid survive. As a result of their activities soured milk becomes bitter.Another reason bitterness dairy – cow disease and its treatment drugs. If the animal has received drugs that milk can be consumed no sooner than 3-4 days after treatment.
Is the advice useful?
See also
Подписывайтесь на наш канал