What rights has a stepfather in relation to the child

Life does not stand still: people meet, get married, have children and suddenly parted. On the ruins of broken families a new and most difficult thing in this - the relationship between new members and former family. 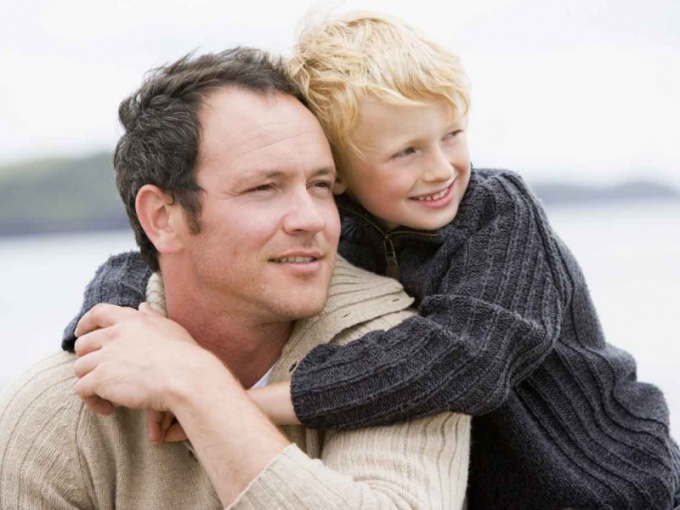 When the family of a new dad

The situation has already become commonplace: after a divorce, noisy or not, after the smashing of crockery or without it, life gradually enters into a more peaceful direction and on the horizon at the tired old woman's problems, a man appears. Of course, it is much better than the old, of course, he is everywhere and always will be a gentleman, of course, that it will, and already loves her children from a previous marriage.

Sometimes it happens, sometimes not. But then there is another aspect. Children's relationship to her stepfather. There are cases when children refuse to accept her stepfather and constantly refer to the fact that their biological father is incomparably better. No matter what the facts are, there is no suggestion, no PEP talks, just denying one time, children with great difficulty to rebuild. Their confidence and a good attitude to win is extremely difficult.

Everything seemed to be in this situation in the hands of his mother and stepfather, but we should not forget about such factor as jealousy. Naturally, kids love mom. And there is nothing surprising in the fact that they don't want to share her love with someone else. This factor could well be decisive, and then not being able to explain, the child will say that dad was better. It does not matter that the family was constantly scandals, and the war did not stop for a minute. Most importantly, the mother was with the child.

To talk about the rights of the stepfather as it is not accepted. However, in our country and the rights of a father thinking not very often, though situations in life happen different, and not always it is the father guilty of family breakdown. Quite often on the contrary, only the existing unspoken rule children almost always leave the mother.

Instead of the father

Stepfather is not a legal concept. For this reason, any rights to the children of the wife he does not possess. Even if he has developed a wonderful relationship with the children, he has no right to even reprimand them to arrange for bad grades in school.

In any case, an adult male obliged by their status to try to build up the attitude of the family so that children do not feel deprived of paternal affection and attention. If the children eventually realize that this man has done for them so much, and finally have a heart to love, no legal rights will just unimportant.
Is the advice useful?
Присоединяйтесь к нам
New advices