Why is the ship called "Titanic"

In April 1912 in the North Atlantic has been in a wreck, which has become one of the largest Maritime catastrophes of the XX century. The largest ship in the world, claimed as unsinkable, sank on her maiden voyage. The crash killed more than 67% of passengers, including members of the team, captain and designer of the Titanic. 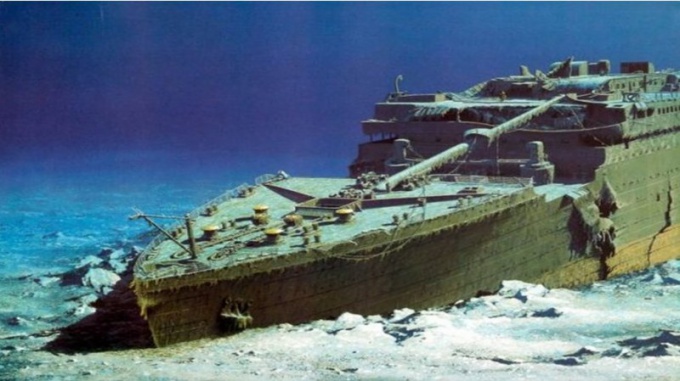 Related articles:
Geographical discoveries and the mass migration of the population of Europe has put the designers of the ships to create a powerful, fast and comfortable ocean liners. First experience in the construction of a powerful steel ships built at the shipyard John brown & co in Clydebank, the "Lusitania" and "Mauritania".

Competitors "Lusitania" and "Mauritania" was conceived ships-Gemini series "Olympic" "Olympic" "Titanic" and "Gigantic". The ships were built at the shipyard of the company Harland & Wolff Ltd. by order of the White Star Line. The stakes in the competition were not made for speed, but for comfort, maximum tonnage and passenger capacity.

Why the ship was named in honor of the Greek gods

The name of the entire series of "Olympic" refers to the ancient Greek myths. Olympus in Greek mythology the place of abode of gods, it is not surprising that the entire series had the General name "Olympic". According to mythology, there were several generations of gods, including the Titans represented the second generation. Have them send more well-known gods, such as Prometheus, Atlas, Zeus. Zeus rebelled against the Titans and won. The titans were thrust down to Tartarus, and the era of the reign of Zeus. According to one version, the Titans were incinerated by the lightning of the Throat, and from their ashes came the men.

Probably the ambitions of the creators and the lack of knowledge of mythology was the reason for naming the ship in honor of the perished tribe of sverbilov. In addition, English has the adjective titanic, which can be translated as enormous. Indeed, the displacement of the Titanic was superior to all the existing ships in the world, including his twin brother of "Olympic".

"Olympic" - a single from the eponymous series, served time and was written off because of obsolescence. The third ship of the series, despite the fact that after the death of "Titanic" was quickly renamed from "Ginormica" in the "Britannic", did not long survive his older brother and has been undermined by a German mine during the First world war.

It is noteworthy that in nearly 14 years before the wreck of the "Titanic" was published a little-known novel by American writer Morgan Robertson's "Futility" (Futiliity), which did not impress the audience. Only the "Titanic" it became clear that in a fantasy novel with precision to the smallest detail described a similar disaster, the world's largest ship called "Titan". Predicted it all, including the cause of the crash of the iceberg.
Is the advice useful?
Присоединяйтесь к нам
New advices