What made billiard ball

They say that the game of Billiards originated in Asia several thousand years ago. And balls of Billiards were first made of wood, metal and stone. And only in the XV century, the billiard balls began to make ivory. 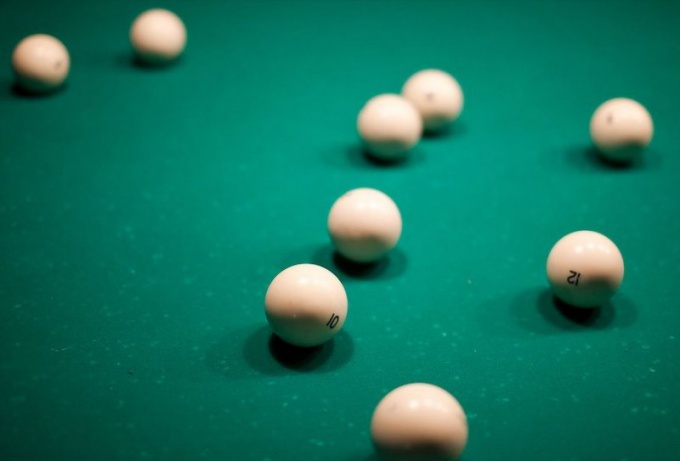 Billiards appeared about 3000 years ago. Some historians say that its homeland is India, others say China.
In Europe, in 1469, made the first pool table. Gave it to the king of France Louis XI. Even then, the table was located on a stone base, was covered with soft cloth-made delicate, and his balls were carved from ivory.


The tusks of males are channel folded by the end of the bones, and balls so they were second-class citizens. They played newcomers, not knowing how to use all the advantages of the perfect first-class balls.

The search for other materials for making balls

By the nineteenth century, Billiards became very popular in Europe and America. Only the famous factory Schultz, Freiberga, Erikalova made at that time to 100,000 billiard tables per year.


But to produce one set of billiard balls required the tusks of two elephants. So the manufacturers think about finding a different material for the production of good balls. The American company "Phelan and Collender" has appointed a prize of 10,000 dollars to anyone who creates the best artificial material for this.


John Hyatt was experimenting a lot, trying to find the substance, and during one of the experiments I cut my finger. Opening the Cabinet, he knocked over a bottle of colloid. The solution is flowed, and after some time, solidified. Then John decided that it can be used as a glue. Colloid mixed with camphor and he got plastic, suitable for the manufacture of balls.


Balls John Hyatt have become quite popular, but had one drawback: during the game they sometimes cracked. They were replaced by balls made of phenol-formaldehyde resin. This resin was poured into the form and simply allowed to harden without applying any pressure. It was the most effective and inexpensive technology.

About 90% of billiard balls, which plays the whole modern "billiard" world, manufactured by Saluc. And the balls made from plastic fenolaldegidov, are considered the best.


They consist entirely of this material. But they can only play players of extra class. Because the balls are rolling on the cloth as well as on the ice. Therefore, a number of professionals loves to play on "slow" cloth, which is better visible trajectory of the ball.

Beginners are not able to benefit from quality expensive balls. So at "Amateur" level of use of balls made from polyester. These balls are slower and ride that allows "fans" to see whether a shot is made.


But on the balls from polyester rather quickly begin to appear dings and dents. This is especially noticeable in the so-called "cue ball" — a ball that is most often used in the game.

With proper care phenolaldehyde balls can last for more than 40 years, without losing excellent qualities. But players with great experience playing the balls out of real ivory, argue that the tusks of elephants were, are and will be the best material for the production of billiard balls.
Is the advice useful?
Присоединяйтесь к нам
New advices