How often do planes fall

Air transport is the safest mode of transport. Every day, about 25,000 aircraft rises into the sky to carry out their flight and successfully lands. However
experts are your statistics, according to which the largest number of aviakerosene are the United States of America. 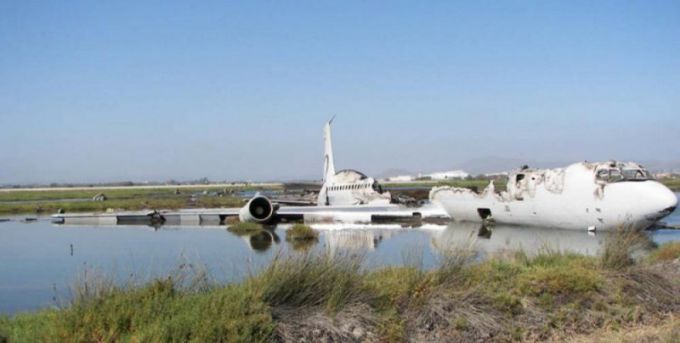 According to official data, over the last few decades in the US crashed by more than 600 aircraft, and the number of victims of the crash reached 10 thousand people. The second highest number of air crashes in Russia is the recent cases of falling of planes are frequent. Over the past 60 years in Russia occurred at about 260 accidents.

For General statistics on 1 million flights have only 0,62 incident. It should be noted that the situation of accidents in the US gets better, and in Russia - on the contrary.

Despite the fact that planes are the safest form of transportation, the crash still happen, often with a large number of victims. Each disaster causes a painful reaction from the public. Allocate a number of typical and atypical causes of accidents in air transport.

Usually the crash is preceded by a chain of events that ultimately leads to tragedy. In most cases, the main cause of the accident is the human factor. Almost half of crashes are the fault of inexperienced pilots, although there are cases where even a driver with experience makes a fatal mistake. Another reason for the crash is poor weather conditions. In poor visibility, and even in the unfamiliar terrain to the pilot is quite difficult to control the plane, and the slightest wrong action leads to a tragic end.

According to statistics, 30% of the accidents happen due to malfunctions and technical problems. Most often the Commission, which is investigating the incident, can not accurately answer the question: what kind of malfunction was the main cause of the accident, especially if the crash occurred in the ocean. The list of reasons can be attributed to failures in the operation of dispatching services, the neglect of man, little experience and insufficient qualification of the specialists who conduct training and testing of the aircraft, and prepared for and planned terrorist acts.
Is the advice useful?
See also
Присоединяйтесь к нам
New advices